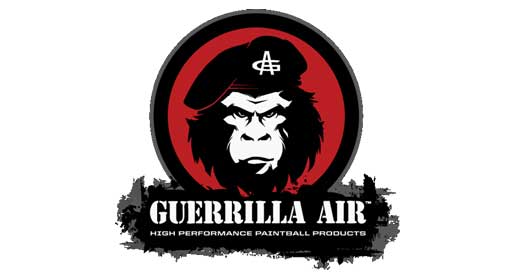 Guerrilla Air, the leading air systems company is proud to announce the sponsorship of Team San Francisco Explicit. Team Explicit will be using Guerrilla Airs 68/4500, 70/4500 & 88/4500 systems with the state of the art revolving G2 regulators. Benny Burmeister “Sponsorship Coordinator” @ Guerrilla “We are very pleased to once again sponsor a very professional hard working team, we wish them the best of luck in the upcoming season”.

Guerrilla Air is very proud to announce the Sponsorship of Cobra, a Scenario Team based out of Houston Texas.

Quote from Benny Burmeister “Sponsorship Coordinator” @ Guerrilla: “We are very excited & welcome Team Cobra to the the Guerrilla Air Family. Aside from their outstanding paintball abilities, they are a great group guys, we wish them the Best of Luck in the 2012 Season.”

For more information on Guerrilla Air or the sponsorship program, head over to GuerrillaAir.com.