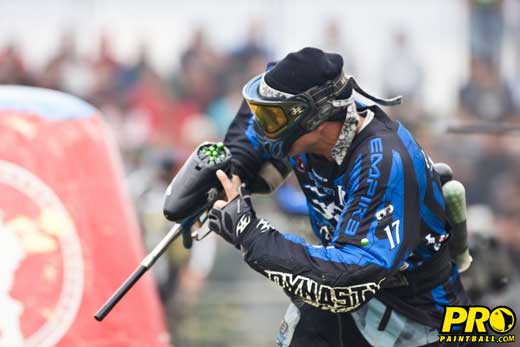 Since his return to San Diego Dynasty, Ollie Lang has been relatively quiet in terms of private label paintball gear. Earlier in the season, Ollie mentioned that he and Dynasty would be focusing this year on dominating in the pro division. Now that the season has come to a close (and the Dynasty won both pro series in the United States), Ollie is preparing to introduce new paintball gear.

According to ProPaintball insiders, Planet Eclipse is preparing to release an Oliver Lang limited edition Ego 11 and Geo 2 paintball gun. A statement relased on Ollie’s facebook page confirms the rumors and suggests the new paintball gun will be ready for sale this December — just in time for the Christmas buying season. Price is yet not known, but something in the area of 1200$ to 1600$ is anticipated.

Planet Eclipse have said that the final product may have some changes to what you can see in the image above.