We’re one week from the PSP’s third event of the season. It’s the first time a national tournament series has visited the Garden State since the NPPL landed at Englishtown Raceway in South Jersey during the 2003 season. Eight years in the context of paintball can mean a player’s whole career, a lifespan of a team from locals, to top-tier nationally, to disbandment, and a seemingly infinite list of formatting and rule changes to the two most popular disciplines of the game. There have been a handful of leagues in the Tri-State area that have come and gone, and a professional presence that has had a couple of stints and fizzled out. One of the few constants that has sustained the ebb and flow of the industry in the Northeast is the New Jersey Jesters organization. In anticipation of the PSP New Jersey Open, ProPaintball has caught up with the man behind the Jester franchise, Tim Trentacoste, to pick his brain on the tournament, the state of the industry, and all things New Jersey paintball. 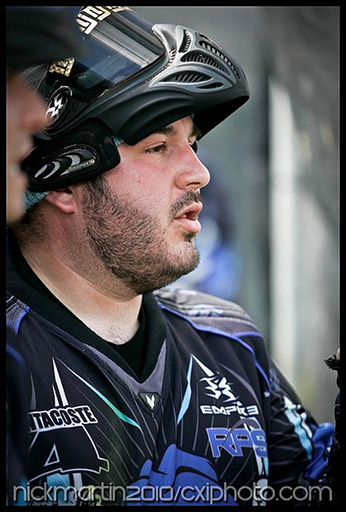 First off, give us a brief insight into the formation of the Jesters and the state of paintball in New Jersey at the time of the team’s inception.

Tim: The team actually started off back in 1996. We played mainly renegade ball back then, just adventuring off into the woods. It was so much fun that we decided to go to a big game, and from there we ended up getting field jobs reffing and doing maintenance. It was a natural progression to tournament ball. We started playing anything and everything; 3-5-7-10man, anything we could.

The only guys left from that original team are myself and my best friend and co-captain Dylan Lester, whom I run the organization with. At the time there really wasn’t any kind of scene in New Jersey and we basically had to travel out of state for every event that we entered. We happened to be at the International Amateur Open the year x-ball was introduced there. The next year we won an entry to World Cup playing 5-man. The two of us got to see all of the big squads punishing each other: Bob Long, Miami Effect, Philly.

It was epic, and since that moment we just wanted to build the best x-ball team that we could. It was really tough in the beginning because everybody was playing the NPPL 7-man events. Playing PSP put us in the minority in Jersey back then, so we really had to figure it out on our own.

You’ve built and maintained an organization with a lifespan that has outlasted the status quo of companies, tournament series and professional teams. What needs to be done to keep a paintball organization afloat year to year and what do you think are the most significant factors attributed to the short “shelf-life” of most things in the paintball industry?

Tim: The reason that so many teams fail is that many kids seem to have a sense of entitlement. I see kids that want everything for free, like the sport owes them something. The minute things get tough, the team has a few bad events, or they have to reach into their own pockets; forget it. They just run for the hills. It’s really difficult for players to put the hard work in and not get instant results. To be doing the doubles and still missing the finals by one point; it’s tough mentally. That’s where I think teams lack. They just don’t want to continue putting the hard work in. 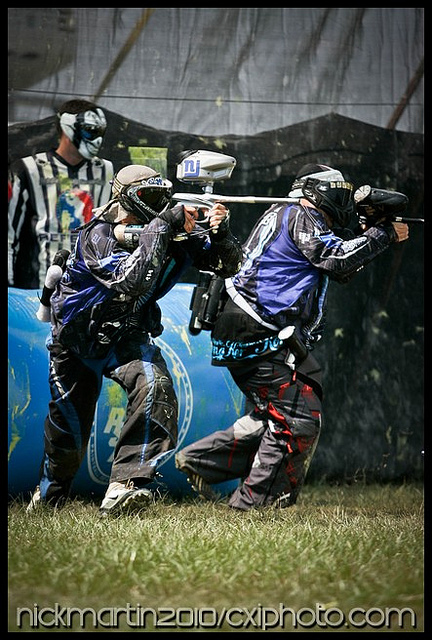 We didn’t really have anybody around, and it took us a while to figure out how to win. We had to develop drills to try and advance our skills. We didn’t really have a team around to just copy their road to success; we had to figure it out “in-house” which is fine, just a harder route. I can say that I’ll never forget what that first win felt like. The culmination of all of our hard work. Its something that nobody can ever take away from us.

While we were learning how to win, we always kept one eye on the future. We developed farm teams a lot earlier than most organizations so that we always had an influx of new talent and spots for our players who were a few years out from maturation. We’ve tried to keep our sponsorships diversified so that all of our eggs weren’t in one basket. We’ve also developed a plethora of original b*tch slaps for when the guys get out of line… In all seriousness though, staying focused on our main goal of creating the largest and most respected organization in the world, developing and growing our fan base, and representing our sponsors to the fullest all hold the most importance.

In the PSP’s press release for the event, they begin by doting on the Northeast region for its unwavering support of the paintball scene. With New Jersey sandwiched between two of the largest media markets in the country and the state’s longtime relevance within the industry, why do you think it took so long for an event to find its way here?

Tim: Hard to say. Maybe they were just afraid because our weather conditions are so volatile and unpredictable? The last time we had an event in Jersey was 2003, and I’ve never seen an event with that bad of weather (including Chicago 2010 and 2011).  In all honesty, it doesn’t even matter. That’s the past. I hope they see the benefits this year and make it a staple of the circuit for years to come. Top Gun is a great facility and Big Jim is a true ambassador of the sport. He loves the game and I think Lane made a great decision bringing it here.

The national perception of both New Jersey and the New Jersey Jesters is one that is often skewed by secondhand accounts and overarching generalizations. As a man who has witnessed just about every step in the long evolution of paintball, give us your three best reasons to argue why the paintball scene in the Northeast is genuinely “better” than anywhere else in the country.

Tim: I wouldn’t necessarily say better, but we definitely have our own unique flavor. It’s hard to compete with California and Florida’s weather. Up here we have to grind it out in the worst conditions possible. Some winter practices, we have to chip ice to make paths to our bunkers. If I had to give three reasons though: 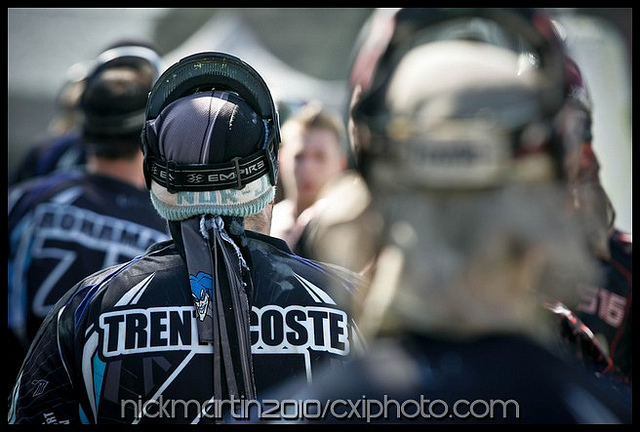 Here at ProPaintball, we love rumors. With the event on home turf, are there any major organizational changes debuting, planned extravagancies, or other out of the ordinary happenings for the event that we should expect to see?

Tim: This event is gonna’ be sick. Since it’s so close to home we will have tons of support. We want to make sure you can hear our “N-J” chant from miles away. We’re gonna be rolling out a bunch of new teams. At the event we will have 5 x-ball teams, including our new all female team lead by Cecilia Journet and Monica Lopez (ex-Femmes). We ‘ll be rocking the new limited edition Laysick 15th anniversary jerseys. As far as extravagances, I’m insulted that you even had to ask. Look for us to be rocking our signature Viking beards, our custom NJJ Geo’s and Ego’s, flashing the “blue steel” look non-stop, and eating ridiculous amounts of chicken cutlets to prep for games.

Tim: I would love to see the field made smaller again. The old dimensions were a lot more fun. I like the elimination of the dorito side coaching, as I feel like we have some crafty D-side players, but the events are just too quiet now. I’d like to see some of the energy brought back. I’d also love it if people realized all of the smack talking isn’t doing anything positive for the sport. Leave the negativity at home. As far as team goals, we will be playing at the pro level, have representation in other national leagues, and play European events. I know one thing for certain though; no matter where tournament paintball is in 5 years, the New Jersey Jesters will be there holding it down for the Northeast.

Thanks for the insightful interview Tim. So now we call on you ProPaintball nation. Let us know what’s on your mind. What do you think about what was said in the interview? Thoughts on the PSP New Jersey Open? Around here we like opinions, and we want to see yours.