A few weeks back you asked Mike Hinman several questions including what it is like to lead DYNASTY (the winningest team in pro paintball), steps to run a successful paintball team, NPPL, PSP and the WCPPL, coaching your team to victory, and San Diego Aftermath’s retirement. Hinman, the coach of pro paintball team San Diego Dynasty, has answered your questions.

PB101: What steps would you take to start and run a successful paintball team?

Mike Hinman – I would make realistic goals and try to find a group of players that have the same goals. you see a lot of D4 teams with a mix of young and old talent. Usually teams like this don’t last do to the fact most young kids have dreams of going pro and some of the older guys wish to just have fun.

The Black Dutchman and good Q ask: You have a great eye for talent. Who is the going to be the next up and coming superstar? Are there any players in the WCPPL you see joining the pro ranks soon?

Mike Hinman – Well as far as “superstars” go I’m not sure who on the West coast will be our next. But as for upcoming pro level talent there are a few. 1- Ricky Axtell from SD Mob. 2- Xavier Linn from Fuzion 3- Brandon Cornell from SD Pirates. The first two I think are ready to go this year. The third Brandon Cornell has a year or two to go but for the age of 14 is a really smart kid. He is also driven to be a pro. Brandon is a regular at our Dynasty practices when the SD Pirates aren’t grinding. Also I should say that almost every D2 team in the WCPPL has a stunner or two on it. 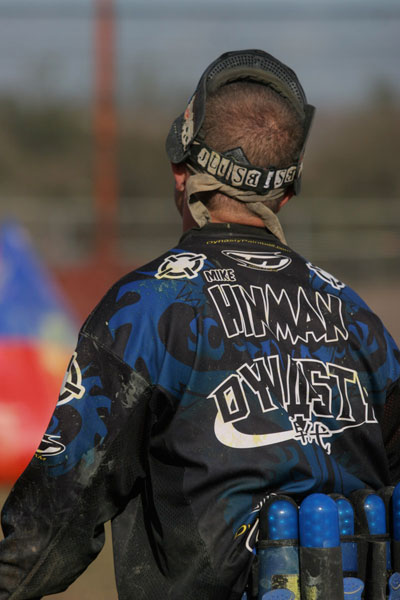 Trevor: When are you and Steve Wilkos going to go face to face?

Mike Hinman – Haha. Steve sold-out he doesn’t throw chairs anymore. So I think I have a better chance of getting in the cage with Chuck Liddell.

Jojo: What kind of rules do you have for dynasty? Is there any?

Mike Hinman – Hmmmmm well funny you ask this question. No there aren’t too many rules as of now. But the few we have are 5 dollars for a major in any league that will go into a 1vs1 tournament at the end of the season. Second is if you are late you have bag duty for the whole team. At the end of the day I have executive rule on players and plays but the team is good about regulating themselves.

Steve: Name the 5 best back players in pro paintball today?

Mike Hinman – Oh man Steve are you trying to get me killed???? It’s hard to call anyone the greatest. But how about this

JJ: What are the top 3 points or skills an X-ball team needs to concentrate on?

Mike Hinman – The most important skill for X-ball is running and shooting. Watch Zack Wake, Alex Goldman, Brian Smith or J-Rab. These guys are machines at running and shooting and hitting. Mike Carthy taught me to run and shoot while we were together on Aftershock and I can honestly say I shot more guys after I learned to run and gun. The second thing is communication. To many people think that they don’t need to talk anymore. That is 100 percent wrong. The third is composure as a team. Two years ago at World Cup I watched Tampa Bay Damage come back and win from being down 0-6 to the New England Hurricanes. They never lost their cool and didn’t turn on each other. 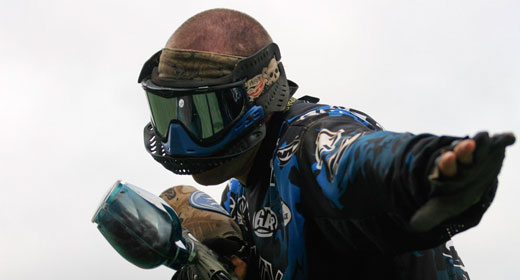 Thom from the UK: How do you record and track the progression in the performance of your players?

Mike Hinman – I don’t really track the performance of any of the guys on San Diego Dynasty (Official Site). But I have always said you are only as good as your last tournament. So if a player shows up to practice this weekend and has a rough weekend it probably won’t affect him much in my mind. But after a few practices of substandard performance he would probably see less playing time at the next event.

Harrison Reynolds: What are some of the most important things you think they should be working on as a team to be successful?

Mike Hinman – Having fun together. On Dynasty we have a group chat text msg. It is fun and a great way to keep in contact with our teammates no matter where they are. Always remembering to have fun together. I have lost sight of this throughout my pro paintball career and made my life and everyone else miserable.

Andre: Is there a chance that you are going to bring up another small divisional team like you did with Aftermath Or are you planning to keep your focus on Dynasty and the WCPPL?

Mike Hinman – Well I currently help coach Dynasty 2 for NPPL. Besides that it would be tough in the WCPPL (Official Site) to do it. While I know that I would never do anything to compromise the integrity of my league it would still be a massive conflict of interest. As for now my only focus is DYNASTY. But you never know what the future holds.

Chris Dubois: What do you do to try to break the cycle when another team just seems to have your number during a match?

Mike Hinman – If a team is beating us there is very little I can do. But if I see that my players aren’t sticking to our game plan then I can pull a guy out or mix up a line to get us back on track. But on Dynasty it’s a bit different than a lot of other teams. These guys know what to do if they are down. They have been there before.

Jordan: What are your top 5 favorite drills to run to improve a paintball team?

Mike Hinman – One on Ones are the way I start our day. We then go to two on twos. I like to do three on three half field attack the fifty drills. We start guys in mirrored bunkers and make them fight there way to the fifty and hold it. If we are playing 7 man I like to do three on five closing drills with two minutes on the clock. I also like the two on three drills where usually the three side wins and after the last two side is eliminated I will call out two of the three players names and count down from five. When I say GO three more guys are already coming at them. This gives us a chance to see a lot of game closing situations with guys and positions they aren’t used to seeing. 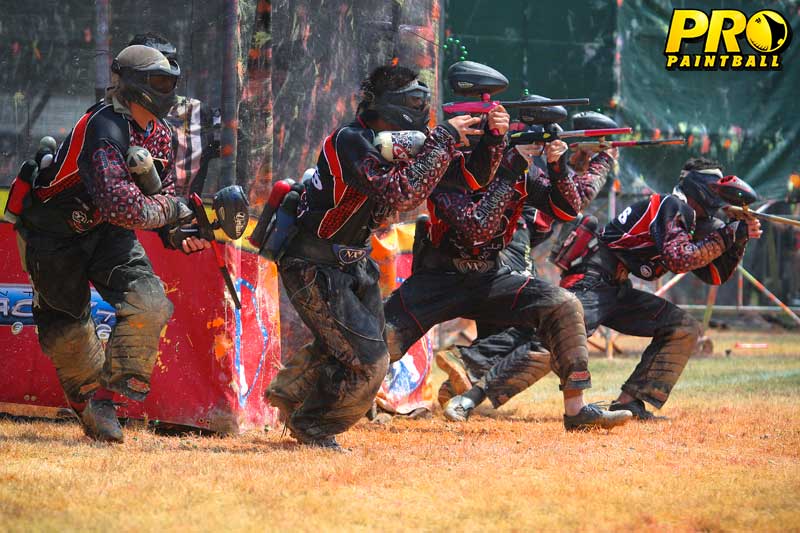 Mike Hinman – Life. Originally Aftermath was started to be a beating post for me and DYNASTY. A bunch of local kids that would push us and we would teach them. We taught them over time and they blossomed into a pro paintball team. Dynasty never took any Aftermath players and allowed them to exist in San Diego. Which is more than I can say for some other local pro teams! After a few years and over 80 different players I took a look at what we had become and really wasn’t happy with the people that I was supporting. So that was the end of it. I would like to say that it was the greatest time of my life but it wasn’t. I maybe have 7 guys I still talk to out of close to a hundred. I should have done it sooner. I would like to say thanks to the few that did support the team and were selfless like Dan Wake, Steve Humphries, Shawn Barker, and some of the players at the end.

Lusicious: What is the best way for an individual, and a team, to train for xball?

Mike Hinman – Individually keep in shape. So many young players aren’t ready for an X-ball grind. You don’t need to lift a ton of weights but you MUST have endurance. As for a team try to have structure to your practice. Have a beginning and an end to your day. There are a lot of young teams that lose focus throughout their day and don’t maximize there practice.

NewPro: What changes would you make to the PSP format going forward?

Mike Hinman – Man I wouldn’t even know where to begin with that question. I mean every year they change something and the players think it’s the end of the world. And usually after the first event peace is restored to the paintball universe and people like the changes. So all I can say is Lane keep doing what you are doing and I’m sure we will keep supporting it.