This week’s pro paintball player of the week is Aaron Tholey. Aaron has been in the pro ranks for a few years now and has played with several top pro paintball teams including Chicago Aftershock and Sacramento XSV. Most recently, Aaron and his buddy Tommy O’Donnell have built a pro team of their own, Indianapolis Mutiny. Baca Loco from VFTD recently caught up with Tholey for an interview. Read on for an inside look at the life of a Mid-West pro paintball player. 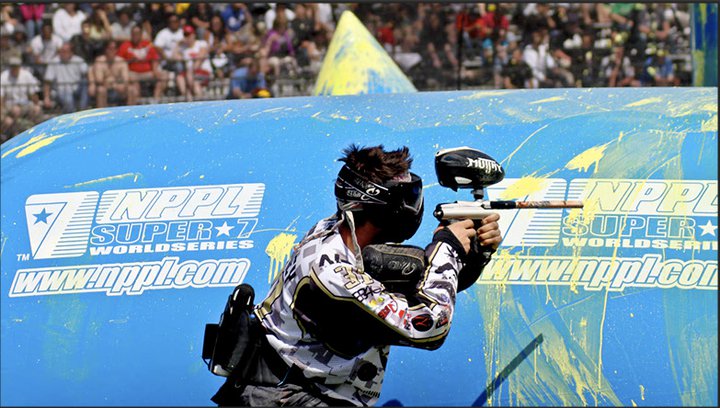 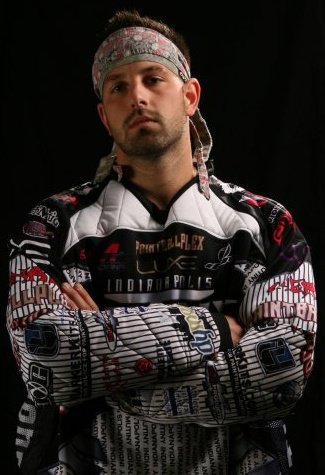 1. What was your first paintball experience and who introduced you to the game?
I actually found it with a buddy of mine, we were very young. It started out with us playing nerf. After lots of cheating we decided we needed something that could identify if your hit. We did yard work all summer and bought cheap pump guns. I was hooked ever since. That was over 13 years ago now.

4. What role do you play on your current team?
Off the field I look out for our squads best interest. On the field I’m just another soldier.

5. Who are your favorite paintball players?
Wow. There are so many. I admire a lot of the old guard: Old Aftershock, Lockout, Bob Long’s Ironmen, and Strange. All of Mutiny. Player wise: Ryan Moorhead, Nate Cota, Dan Norcross, Adam FarEY, Z. Long, Markus, Bwing, and Damien Ryan. It should also be noted that Damien is the best player in the world.

6. What’s your best paintball experience or memory?
Starting a Pro team with all my friends, with no money or help and actually making it. No one has any idea what we have been through.

7. What is the most ridiculous thing you’ve ever done in order to play paintball?
I hate to say this but I make the rounds of the old folks homes dancing with octogenarians for cash under the table. [May not be Aaron’s actual answer because he may have missed this question. I’m just saying.]

8. What is the single most important lesson the up and comer needs to learn?
“Play Smart, not Hard.” Frank Connell taught me that when I was on Philly through a really cool lesson. I also think that you need to play for the right reasons and check yourself at the door.

9. What keeps you playing paintball?
I fucking love it. Plain and simple.

10. Do you have any superstitions related to playing paintball?
Yes actually. Before I went pro one of the guys who helped me along the way gave me a first generation brand new flying skulls Sandana headband. I brought it home and pinned it high up on my wall in my room where I could see it everyday. I made it my goal that I would wear it one day and it was my reward once I became a pro player. Once I achieved that, I’ve worn it ever since. After we won Texas NXL I had my mom sew the words, “Never Forget” on the sweat band on the inside. Now every time I play right before I put my head band on I look at those words and take a few seconds to remind myself and “Never Forget” where I came from, why I play this game, and what I have to do on the field. I also think headbands need to be given to you by someone you look up to or admire. In a way they are sacred to a paintball player and I think that kind of thing is overlooked these days.