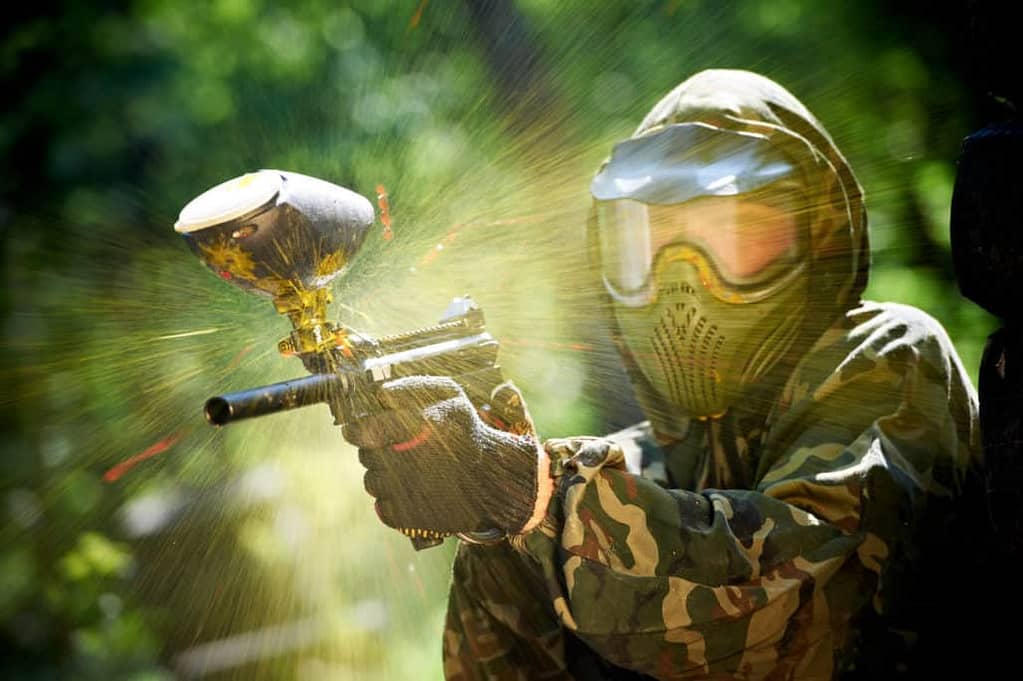 Spyder is a popular name among paintball beginners and experienced players, and one of their best paintball guns is the Kingman Spyder Fenix, released in 2012. These electronic paintball guns offer a fast and more consistent release of paintballs, and there are more benefits than downsides to using electronic guns.

What is Spyder Fenix?

Kingman Spyder Fenix Electronic Paintball Gun is a fast, reliable shooting electronic paintball marker that uses a classic stacked tube blowback design making it gas-efficient and dependable. The semi-auto marker is among the most affordable beginner-to-intermediate paintball markers in the market. It is a super durable yet versatile marker and will last you for many years.

It is the newer version after Spyder Pilot and Spyder Electra, and therefore it comes with plenty of other features that were not in the previous versions. Read on this Fenix Paintball gun review to know more details about this affordable paintball marker.

At first sight, the paintball marker looks more like a standard-issue military assault rifle. It comes in an external velocity adjuster all-aluminum constructed body compatible with a 9.6V rechargeable battery or a premium 9V alkaline battery. In addition, it has an anti-chop eye system which is the Break beam eye.

The Spyder Fenix paintball gun review features a tactical foregrip, and this feature improves mobility and accuracy, making it super comfortable to use and very convenient for short and long ranges.

It is among the most versatile paintball guns as you can choose how to use the gun where you can either rush your opponent players due to the improved mobility that is provided by the foregrip, engage in a mid-range clash, or you can snipe your opponents out at a long-range thanks to the Spyder Fenis accuracy.

Spyder Fenix marker has both reliability and power. It features a leap circuit board on the paintball marker that keeps features such as the Break Beam Eye working to ensure the marker is always running at optimal levels. It also has a 9V alkaline battery that will work well, and it doesn’t have a long-lasting charge and you can either get a rechargeable 9.6V battery or purchase a spare battery to ensure you never lack power when you need it.

Spyder Fenix paintball gun is excellent for mid-range combat as it has a tank that discharges 1500 paintballs before reloading, meaning you can count your shots or opt to spray and pray. It is among the best paintball guns out there as it can fire up so many paintballs at a go and still be accurate, and thanks to the 20-ounce tank, the ammo capacity is superior to most markers on the market.

Spyder Fenix is a great marker, and one thing you should know about how this gun fires the paintballs is that it’s supplied with several bleeding-edge mechanisms and technologies. The paintball gun features a two-finger trigger that gives you maximum control over your shoots, making it suitable for single shots, double shots, and rapid-fire. Whichever firing mode you choose, it doesn’t compromise the Spyder Fenix gun accuracy in a significant way because the Eko valve system ensures your guns work well.

The Spyder Fenix paintball gun has an electronic trigger frame great firing rate of 25 paintballs per second; this is a measurable and improved aspect. It can perform a rapid-fire while targeting a velocity and accuracy level in paintball games.

Spyder Fenix includes a patent-pending Eko valve system, and it optimizes an air consumption economy. As a result, it allows more shots to be fired before the gun needs to be reloaded. The Eko Valve technology is a great way to ensure you have plenty of paintballs, and it uses two air sources to ensure that you will always have enough compared to other paintball markers.

Spyder Fenix paintball markers are rewarding when it comes to maintenance, and you don’t need to spend a lot of time on the process as it’s straightforward, even for beginners. However, how easy it is to maintain depends on you. For example, if you have modified your Spyder Fenix paintball gun with many accessories, all the features will need some cleaning and maintenance. This is because modifying your paintball gun means you have to pluck all the features out, clean them and assemble them back together.

There are various ways you can determine the value of the Spyder Fenix. To start, it offers premium performance and improved accuracy for the price and easily outdoes all similarly priced models. Its accuracy is perfect for beginners and seasoned veterans and doesn’t need much maintenance. Still, it is considered weak in comparison to other paintballs that are supplied with accessories. You may have to invest in several dollars and purchase certain accessories such as a decent scope, barrel coat, and barrel sights on top of its price for maximum performance.

Spyder Fenix is a remarkably durable gun made from premium quality aluminum and is lightweight yet sturdy enough to withstand some abuse. A Fenix marker is anodized and will benefit anti-corrosion properties, and it is why it needs minimum maintenance.

Why should you buy the Spyder Fenix Paintball Gun?

There are plenty of reasons why you need to purchase the Spyder paintball guns, according to this Fenix paintball gun review, and not enough reasons why you should not. Starting with playing paintball is fun, and owning the best paintball gear, including an affordable paintball marker, shows exceptional performance and feels natural to most players. According to this Spyder Fenix Review, it is an all-around gun that means it will perform well in different performance aspects, and it’s also easy to maintain with limitless ways to customize it.

1. Can the Spyder Fenix paintball gun use compressed air?

Spyder Fenix marker can fire an exceptional rate of 25 balls per second, and it has three firing modes that you can choose from. It also comes with an anti-chop system with unnecessary ball breaks, and the paintball marker works with both compressed air and co2.

2. Who makes the Spyder paintball gun?

These paintball guns are made with Kingman. They became popular in the mid-1990s for introducing the Spyder, an affordable yet reliable semi-auto paintball marker for anyone when a beginner or an experienced player. The markers became famous for their ease of maintenance, good performance for the value of money, and easy-grip and design and have maintained their name over the few years. play shoot settings

3. Do I need an electronic hopper with the Spyder paintball gun?