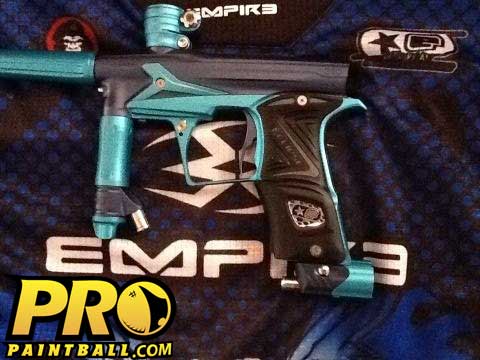 A photo surfaced today which appears to be the GEO 3 Paintball Gun. In typical Planet Eclipse style, the company has yet to publicly mention that a GEO 3 paintball gun project was underway. Can’t say we blame them, as it would kill the sales of current GEO paintball guns. This photo did not come from official sources and may or may not resemble the production model.

Is this the GEO 3 Paintball Gun? What feature are you most looking forward to?