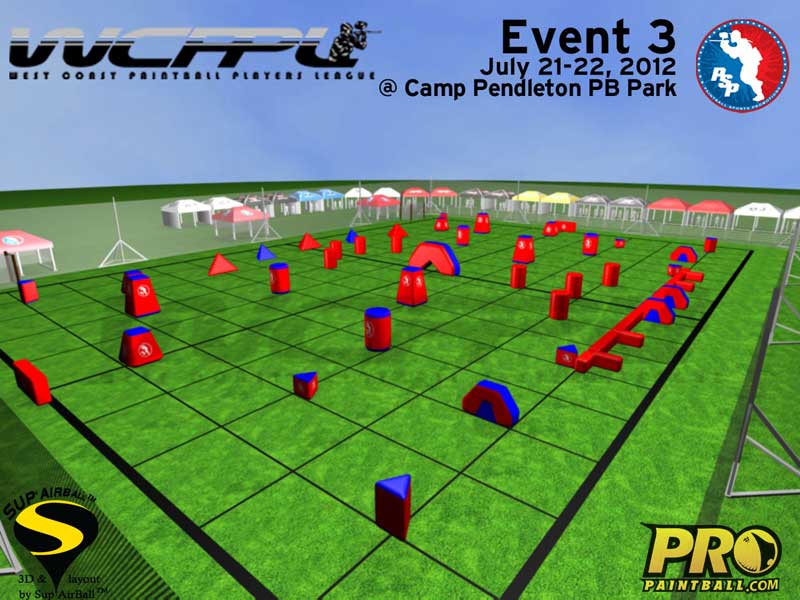 ProPaintball is proud to present the layout for the West Coast Paintball Players League’s third event of the season. WCPPL E3 will take place on July 21 and 22nd at Camp Pendleton Paintball Park in Oceanside, CA. The WCPPL is an amazing paintball league that caters to divisional paintball players on the Western half of the United States. The league features professional referees, national quality events, and affordable pricing and is the most popular regional league in the world. If you are an up and coming paintball player, look no further.

WCPPL E3 marks the first time that PSP affiliate leagues across the country will be utilizing the same field layout on the same layout. Talk about format standardization!

Series utilizing this layout include the CFPS (Florida), CFOA (Carolinas), the WCPS (Northern Cali) the MSXL (Indiana) and the premier regional league, the WCPPL. 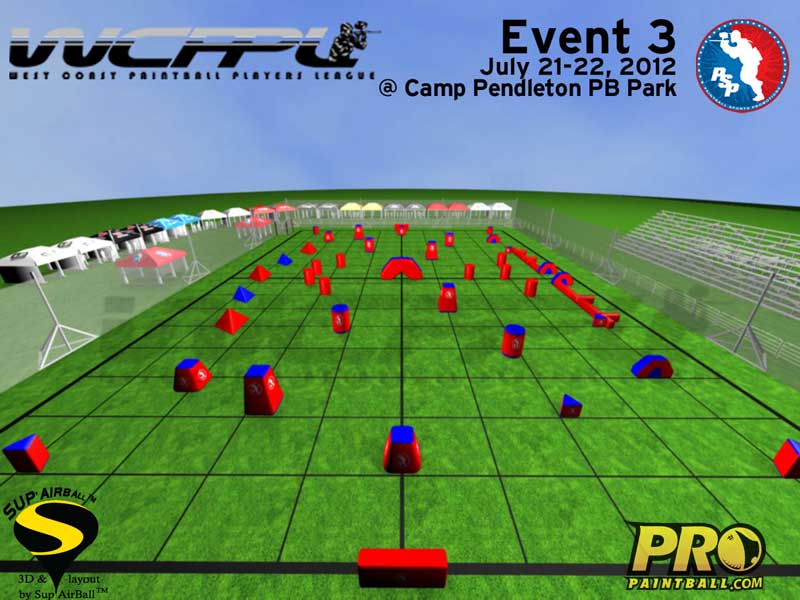 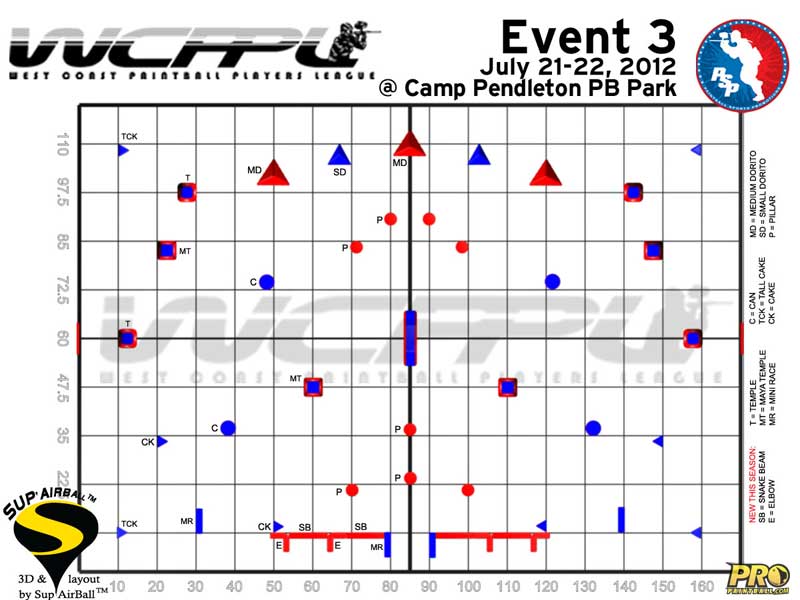