Check out the first look of XSV players shooting Aliens. Pro Paintball caught up with XSV’s Junior Brown who had this to say:

We have been testing the Alien Paintball gun for a few weeks now. This weekend was the first time all the players on the team have played with them and it was a good weekend to get the players thoughts as we played the Ironmen both days. Over the weekend I was asking all the players to give me feedback on the guns so we can work with Jack Rice the owner of Alien over the coming months, but all I was being told from them are they shoot flat with next to no kick and they are very happy.

Summer is coming to a close and the paintball industry is working overtime. Read on as we showcase the latest paintball news, rumors, and player updates for the first week of September.

We’ve just received word that Sacramento XSV has rejoined the professional x-ball division. This is great pro paintball news. Congratulations to Rich Telford, Junior Brown, and the rest of the guys for making the move. 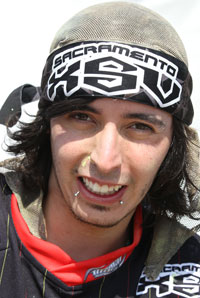 Sacramento XSV over the past few month has made a huge push online to help their teams popularity grown and to give some more publicity to their sponsors. Along with the big push on Facebook and Twitter they just launched … Read More

Junior Brown has announced that XSV is looking for a new Co-Captain/Assistant Coach for Sacramento XSV, below is his commentary: We are looking for an assistant coach from California to work along side player/coach Rich Telford of XSV… This would … Read More