Over at Brandon Short’s new blog, Sir Winston Trose has interviewed Scott Kressin of HKArmy & Hollywood HK paintball team. The interview provides some background on the HK Army, how the team has expanded their business and some of the … Read More 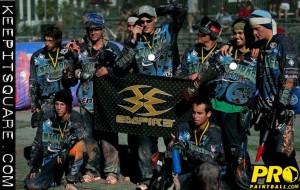 After the announcement was made that Entourage would be moving into the pro paintball division in 2010, paintball players and fans across the world were left wondering how it would work. Will Entourage continue to be a part of the San Diego Dynasty franchise? Or, will Rodney and the Entourage players split off and develop a new self sustainable franchise. The following press release came to us this morning and sheds light on the future of the Entourage paintball team. 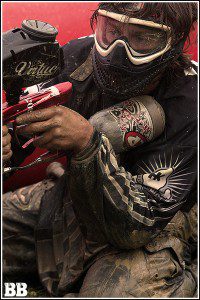 Imagine our surprise when the DC Challenge team registration closed and the notorious Hollywood HK was missing from the D-1 bracket. Its no secret that the Hostile Kids paintball team has experienced several ups and downs during the teams existence, most of which have revolved around the team losing players to the pro ranks. However the 2009 season has been a major reversal from years passed in which the team has attracted several all stars from the pro ranks and featuring among others, Chris “Ponyboy” Lasoya and Bobby “Bobcat” Aviles of San Diego Aftermath. With such a talented roster, its hard to imagine them missing out on the action.