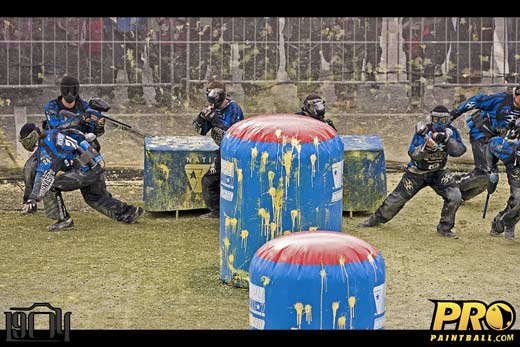 San Diego Dynasty and Zack Wake have signed a deal for the 2012 pro paintball season, a source told ProPaintball yesterday. Until last week, Zack had been playing snake side for LA Infamous in both 7-man and Race-To pro paintball formats.

In 2012, Zack Wake, a pro paintball all star, will play both snake and dorrito sides of the field for Dynasty. Wake is an offensive player and will compliment the teams aggressive style of game play. His addition to the team should help provide the boost they need to dominate the pro division in Europe and American events next season.

Pro Paintball caught up with Dynasty Coach Mike Hinman for a few words.

“Dynasty is proud to anounce the addition of Zack Wake to its roster for the 2012 season. Many of our guys have played with him in the past and we believe his transition to Dynasty will be as easy and painless as can be.”

Dynasty’s roster features the who’s who of professional paintball. The addition of Wake only makes the team that much stronger. He will be joining his former Aftermath teammates Alex Goldman, Steven Pitts in playing for the triple crown Championship in 2012.

San Diego Dynasty, sponsored by Empire Paintball and Guerrilla Air, is a fiercely competitive paintball team with a long history of winning. In the 2011 NPPL Surf City Open, Dynasty captured their 50th professional win in the match against rival team Sacramento XSV.

What do you think about Zack joining Dynasty? Does Dynasty have what it takes to win the Triple Crown Championship in 2012?