Video of the day: Dynasty-Impact vs Toulouse Ton Tons

In todays paintball video of the day we feature a match up between pro paintball teams Dynasty-Impact and the Toulouse Ton Tons. This match was filmed by EPBN in Paris during the 2010 Millennium Series event. The video footage is interesting as it showcases new ways of identifying players and game play that takes place on the field. We at ProPaintball were very impressed with the highlighting of the players making moves and felt as if paintball videography is once again taking a giant leap forward. 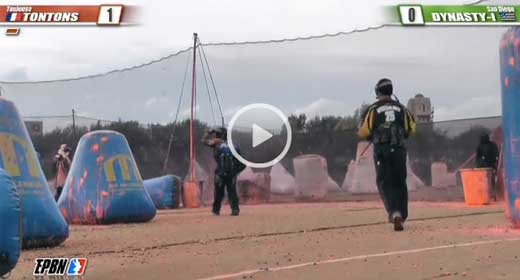 Like what you see? Let us know what you think in the comments below.