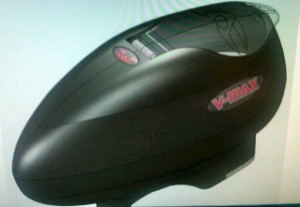 Over the past few months there have been some rumbling around the water cooler about the new Valken loader. Non of these rumors are really that new, just a new picture of the loader have surfaced. There is no real info on the new loader yet. One of the rumors is that it will come apart like the rotor, some what like the new GI Sports loader. It’s also said to cost below $100. Being below $100 would by far be it’s best selling point, now that the Prophecy is back up to $120.

It is official, this is the new loader from Valken. It will feed 22+ BPS, no tools, light weight compared to other loaders in its class. Should be hitting the shelves this January. MSRP will be $129.99. This is confirmed by Gino Postorivo the CEO and President of Valken.