Update on Dan Savoie of the NE Hurricanes 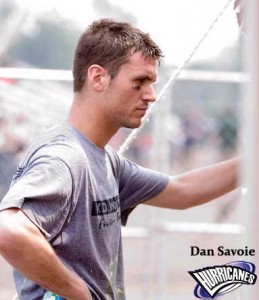 Long time Hurricane Dan Savoie has decided to take World Cup off as he evaluates his ability to continue to commit to a professional paintball team. Dan may return to the Hurricanes next year, either as a player or as a coach, or conceivably he could continue in paintball with a divisional team.

Dan was a member of the Hurricanes when the team played D2 X-ball in 2003. He did not go pro with the team in 2004, but spent that season and part of 2005 playing with a number of local teams such as Underground and Distortion, before joining the Hurricanes again in 2005. Since then, Dan has been a mainstay with the team, playing both 7-man and X-ball (in 2006 and 2007).