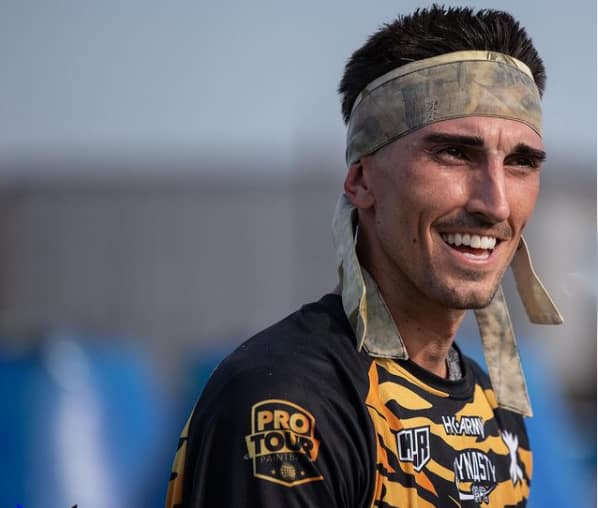 In a shocking move, Tyler Harmon has left San Diego Dynasty mid-season to take an offer to play for Houston Heat. One of the longest standing players on the Dynasty roster, this move came at a surprise to many, including team Dynasty themselves;

“The dragon has always been bigger than any 1 player. This move was unforeseen and is as much of a shock to us as it is you, but one thing is for sure, Dynasty is excited for the next event
You can count on Dynasty always being in the fight and always there to be the good guys. This organization is proud of every single one of the guys on the team who fight for each other and for the amazing support from our friends, our families and best of all, our FANS!!”

It makes Dynasty’s immediate future in question, as they struggled a bit with injuries during event one of the NXL. However, it is important to not forget that this team is still loaded with talent including Marcello Margott, Ryan Greenspan, Blake Yarber, and a deep roster of younger players.

Tyler made a comment on the move on his social media and it seems that it was a big decision for him to leave Dynasty after nearly a decade on the team.

“Houston Heat has granted me the tremendous honor of playing alongside the squad and I couldn’t be more excited for this chapter of my paintball career. I will always have a huge space in my heart for the dynasty camp and all of the supporters! Y’all are truly the best!! Thank you for eight amazing years of paintball that I will never forget in my whole life. Philadelphia is next on the docket LETS GO!!!”

Looking at Houston Heat, this team is now even more loaded. They already had a team loaded with star players like Ryan Moorhead, Chad George, and Ronnie Dizon. The real question now, is where does Tyler fit in to such a long-running roster. His skill is undeniable, but one of the hardest things in paintball is the chemistry you form with your team, and it will need to form quick with NXL Philly just a few weeks away. Houston Heat made some comments on the move:

“The opportunity to add him(Tyler) to this star studded lineup was a no-brainer for the organization. Tyler is a person who exudes positive energy and his leadership qualities are loud and powerful like his game.”

I will continue to follow this story and provide updates and comments throughout the weekend.