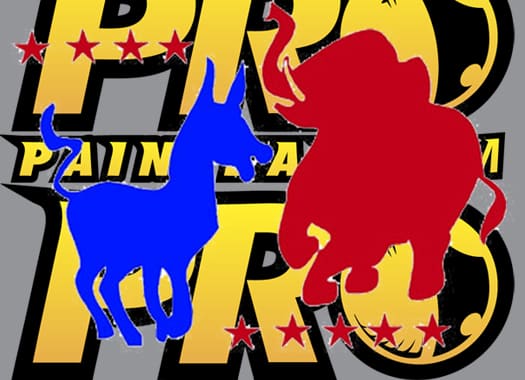 So the popular vote was cast, electoral college decided, Obama’s term is extended, and pot is legal in two states.. Did I miss anything? To stay in the spirit of the week, Throwback-Theatre-Thursday jumps in on the madness of political frenzy.

This week we’re offering up three clips that all fall on election years: 2000, 2004, 2008. While there are many candidates in the sea of YouTube footy, these three steal the vote.

2000: Legendary players from Avalanche and Aftershock take to the trenches in this clip from NPPL Pittsburgh. Old school footage is like politics, finding stuff worth paying attention to requires sifting through a mess of unwatchable (or unlistenable) tripe. This clip is no “talking point”; its got substance. High quality video, names on jerseys that should be in a hall-of-fame, and a hell of a bunkering at the 2:06 mark.

2004: Traumahead Sportz was more of a Czar than a President in the paintball media world. They ruled with an uncontested iron fist for many a year. If this clip from PSP Chicago 2004 doesn’t get you stoked on paintball, put down yer gun and play laser-tag. Appearances from Lasoya, Dynasty’d Lang, an OG HK squad and pro teams shooting Karnivores. This is the kind of video that unifies a [Pb]nation.

2008: NPPL Jacksonville live-and-direct from the crumbling pavement of the Jag’s stadium. Taking less than desirable things, wrapping them up in something pretty, and selling them to the people. Some beautiful footage and great editing paint an elegant picture of J-Ville. Clip includes match footy from the likes of M.O.D. and THE “Dream Team”, one-on-one battles from Dynasty and Infamous heads, and a cameo from none other than Marcus “The Carcass” Nielson aka “Dank the Tank.” Enjoy.

Many minutes of good paintball worthy of discussion. So stop the political bickering, and sound off!