The 1st After Action Report – The Friday Frag

Welcome to this weeks edition of The Friday Frag. The question that was left with you last time was “what you thought was the most valuable thing that should be discussed after playing the teams first event.” While there is no wrong answer to this question, the answer should be 9 out of 10 times about how the team members played the event together as a team. You may be saying to yourself, “of course the guys played as a team, we’re all on the same team afterall,” but that shouldn’t be the final answer. This is where you, as a Team Captain, need to take a step back and evaluate everyone. The evaluation process should be seen first and foremost as a way for the team to get better. 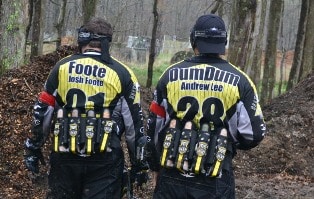 The team assessment should be approached in such a manner that you are not showing favoritism to one person or coming down extra hard on another for dropping a mission, loosing a prop or whatever the reason may be. As the Team Captain, everyone looks at you to see how you will react when something does not go the way you were hopping for it to. If the team sees you yelling and screaming at people, they will think that it is an accepted practice and will do it themselves to their teammates when something negative happens. Don’t forget that your team mates are not being paid to play with you, so unless you’re a masochist, being yelled at will get old real quick.

When you are addressing positive events, feel free to use the players name to reinforce them, however when you criticize a situation, never address the player in question by name, try to use statements such as “we could of done it this way” or “this happened to us.” The saying that the best-laid plans go to hell in the first 5 minutes of game on is a perfect summation for any paintball game. I have seen people plan contingency after contingency prior to the start of a game and throw all the plans out the window when team X does not complete what seemed to be an easy objective and the game plan has to be altered to reflect such. The less corners you can back yourself into will help you later on. 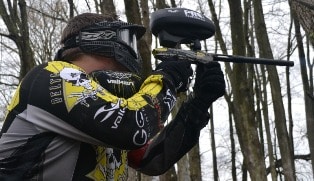 The format you should follow is to schedule a team meeting after the event, possibly the following weekend if the team’s schedule permits. You do not want the meeting to take place directly following an event, but at the same time you do not want to leave it go for to long as people are by nature revisionists. The reason for this is two fold. 1) You want the team to be able to take a step back from the event and think about how everything went, and 2) the emotion from the game should be subsided at that point and people can make better assessments of themselves and the team without being caught up in the moment and feel that they are being attacked.

A good project you can give to everyone prior to the meeting is to fill out a simple questionnaire about how they feel they preformed, what they could change, and what they feel could be changed for the group in total. Again, you should make sure that no one mentions any names, as you do not want to create a division within the team over something as futile as who caused the team to drop the mission or loose the prop. In the grand scheme of things, at this stage, it is not worth the drama. Later on when everyone is more accustomed to each other, the assessments can become more critical as the players should know that they are not being malicious but want to insure that everyone is playing to the best of their ability. Do not address people’s personal assessments with the group, that is something that should be done one on one to achieve the best outcome. Would you want to be criticized in front of everyone? It may sound corny, but you really should treat your teammates, as you would want to be treated. Mutual respect can go a long way and save you a lot of headaches later on. 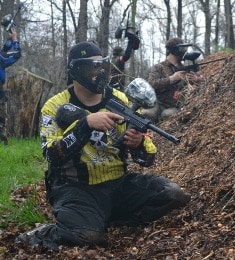 When you are talking with the entire team, be sure to ask about how they feel the communication was between everyone. Could there of been something done differently? Was there a breakdown? Maybe how the field was labeled? Code names for objectives? Don’t be afraid to ask everyone for their opinions before the team takes the giant leap and purchases the $200+ dollar radios. By playing more events, you really will see what works and does not work. Some teams rely on radios for every movement they do whereas some teams refuse to use them. To be successful, you do not need radios; so do not feel that you need to purchase them. If the guys cannot afford the $200+ dollar radios, start with the Motorola 2 packs that you can find at the big box stores. If your team chooses to not go with radios, at least keep two, one for you and one for the sides commander to contact you on.

If everyone is honest with the team and themselves, there shouldn’t be any obstacles that can not be overcome by talking about them post game. Ask everyone’s opinions about what they feel the team should practice prior to the next event. You can set up a practice rec schedule where you work on different aspects while playing against live opponents. You can take it a step farther by having different team members run the practices. This will encourage ownership into the lesson and will make people appreciate how much work goes into organizing a practice, let alone a team. Dry practice runs are fine for starting, but if you truly want to master a new technique, you need to play against someone who will be shooting back at you and will force you to play as if your team was in the middle of a scenario game.

All games should be used as learning experiences, and like with everything else in life, you need to work at it to get better. Anyone who is remotely successful has become that due to hard work. If your team stays hungry and keeps the eye on the ultimate goal, you will achieve success.

This weeks question is: As the Team Captain, what do you feel your primary focus should be directed towards at this point?

Next week we will be discussing the issue of crafting the teams direction and the possibility of sponsorships.

Until next time,
Josh Foote