Last Thursday we received word that Tampa Bay Damage, the 2010 Pro Paintball Series Champions, were in the process of changing their paintball sponsor for the 2011 season. According to the ProPaintball exclusive press release below, Damage will be partnering up with GI Sportz to shoot the 4 Star Imperial paintballs for 2011. 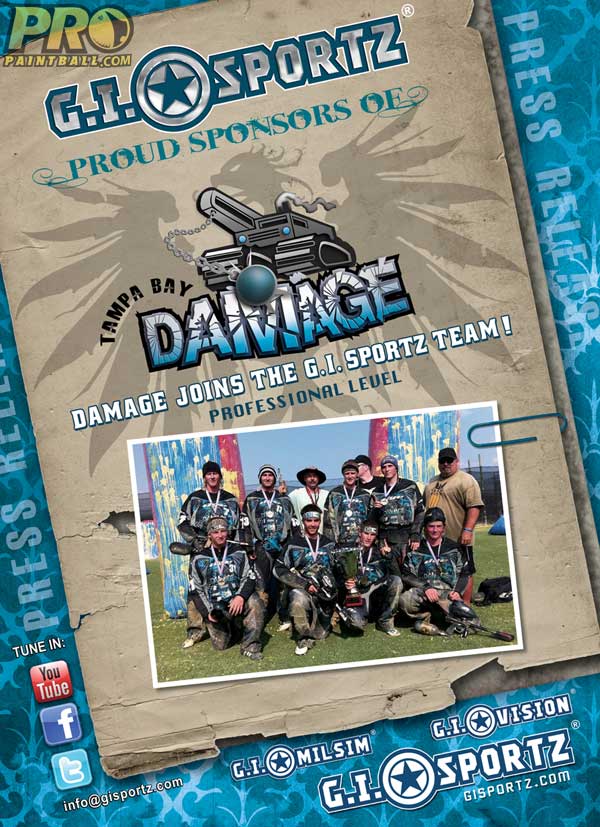 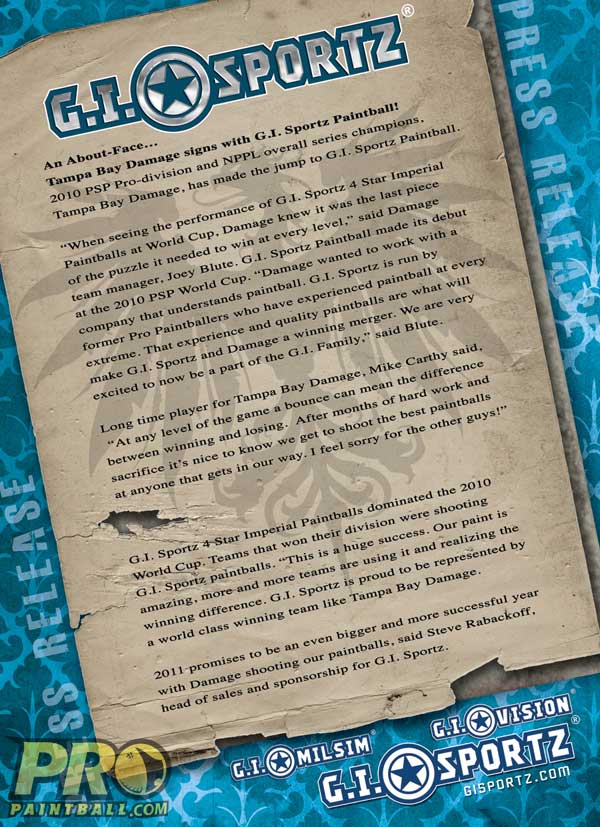