San Diego DYNASTY is giving away a pro jersey. Read on for the details.

San Diego Dynasty has emerged victorious in the battle for the NPPL 2011 Chicago Open title. Read on for the top 4 finishes in each division.

ProPaintball.com insiders report that San Diego Dynasty has signed with Planet Eclipse for the 2010 season. Our sources have confirmed that this is in fact a done deal. ProPaintball.com insiders have informed us that the team will be shooting both private label Dynasty Ego and Dynasty GEO’s, which is typical of Eclipse sponsored pro teams, but potentially we may see a custom body and or other modifications to the guns when they are finally released.

Update: Official release after the jump.

DYNASTY and Ironmen have long dominated the pro circuit. These two legendary teams have recently slipped from the prodium. PRO Paintball analyzes the track record of these two power house teams and provides a few hints at what their 2010 season may hold in store.

Todays pro paintball rumor report will be brief, and cut to the chase. There has been lots of paintball news flying around lately and we’re keeping you all up to date. DC Arsenal is rumored to not be playing this … Read More

Mouse goes to DYNASTY? Read on for the latest paintball news and gossip. 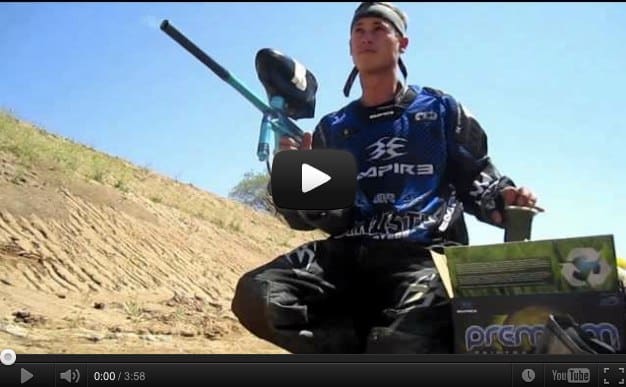 Pro paintball player Ryan Greenspan of San Diego Dynasty ran several tests on his new GEO 3 paintball gun. Many of you will recall that generation 1 and 2 geo paintball guns were anything but efficient and shot counts averaged between … Read More

Planet Eclipse has just released their latest paintball video entitled “Coming Home.” The much-anticipated first episode kicks off the second season of their documentary series, Artifact. Check out tons of great paintball footage and watch as Dynasty wins with some of the best paintball gear on the market.

“Coming Home” is narrated by Matt Marshall and gives you unprecedented access to pro paintball team San Diego Dynasty over the course of three days as they compete at the PSP 2011 Galveston Open. The documentary lets you experience the event step by step right along with the team.

Today we are proud to present an exclusive first look at the 2010 Dynasty paintball jersey. San Diego Dynasty will be wearing this jersey at the PSP World Cup and the NPPL Las Vegas events. This jersey is the first of much more to come from the 2010 Empire LTD line. We have to say, its definitely exciting to get a first look at new paintball gear before its released.

Dynasty-Impact, the pro paintball super team, has picked up S2 Customs as a sponsor for the European circuit. S2 will be providing jerseys and custom designs while KEE Action Sports will supply the team with their Empire paintball pants, Prophecy … Read More

Insider sources have forwarded us the latest marker from pro paintball team San Diego Dynasty. Details are sketchy at best, but we are told these markers are extremely limited. As we find out more, we will update you. It appears to have some custom milling.