As rumored in last weeks pro paintball rumor report, San Antonio X-Factor is in the process of rebuilding their Texas based pro paintball team. The team has pulled all of their star players back into the fold and the team is preparing to be a formidable force in the 2011 paintball season. 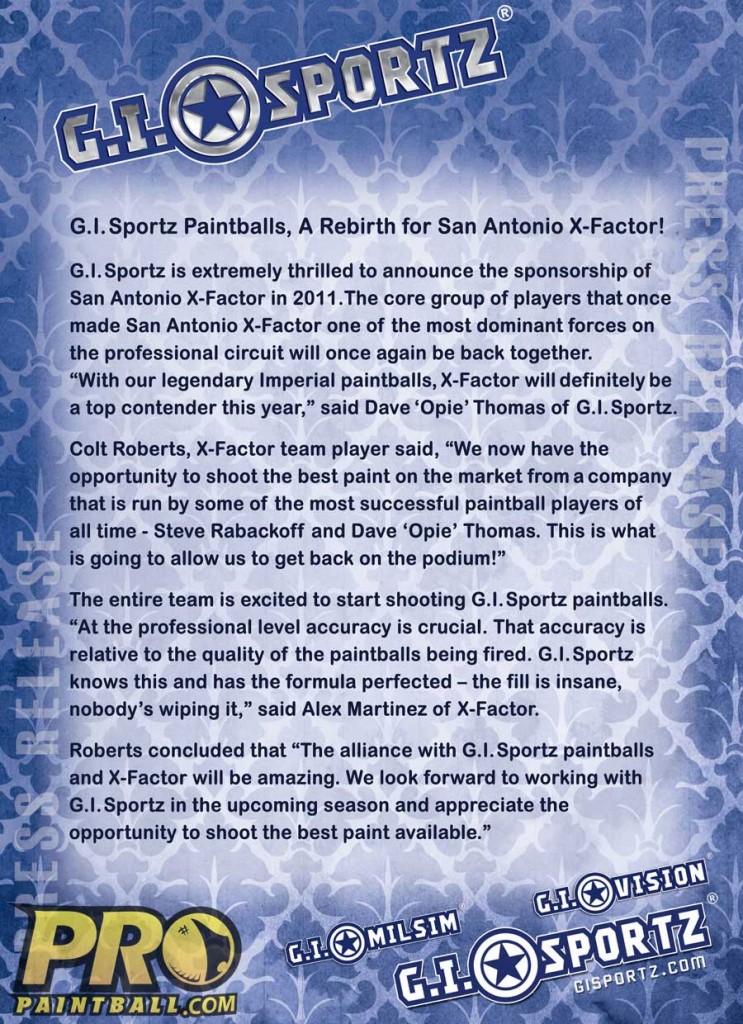