Misinformation is circulating that paintball manufacture Valken Sports was “shut out of the PSP”. As typical on ProPaintball, we immediately reached out to Lane Wright of PSP Events. Being the COO of the PSP, Lane was able to cut through the misinformation and set the record straight. 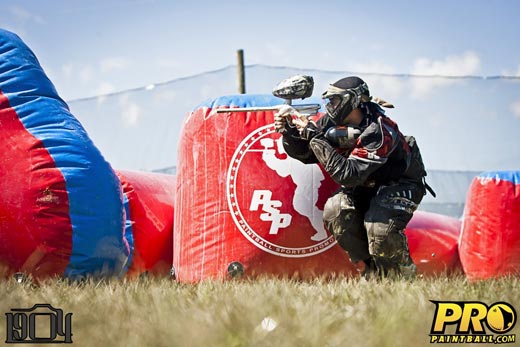 Here are the facts;

Community member Eforce (via PbNation) has done an excellent job in putting this into perspective.

There’s a limit to the number of cases sold at each event. I’m going to use entirely fictitious numbers here so don’t read too deeply into this but I think this may help you understand why a decision like this is made if it’s about competition.

Let’s say that 5000 cases of paint sell at every PSP event, independent of the number of paint vendors in attendance. I obviously do not have sales data from each vendor so again, we’re going to use fictitious numbers to explore this concept. It’s more or less the equivalent of carrying capacity. Let’s say that hypothetically speaking, paint sales are divided evenly by each vendor.

Given that companies have to pay $____ to the PSP to earn a spot on the paint vendor list, they will need to sell X cases each in order to break even on their investment. If the difference between, for example… 2 and 3 vendors (nearly 900 cases each) is the difference between breaking even and losing money for each vendor, the PSP will be expected to draw the line at 2 vendors in order to retain a viable sales model. Otherwise, they could face one or more vendors pulling out and face a potentially fatal paint situation. If the carrying capacity of the PSP market is 2 paint vendors and they put 3 at every event, problems arise.

As it currently stands, players will continue to have options at PSP Paintball events. Teams have the option of purchasing paintballs from GI Sportz, Empire Paintball/RP Scherer and ProCaps/DXS. ProPaintball insiders suggest that if the number of PSP teams were to grow by 15% in 2012, the PSP may consider adding another paint vendor.