The PSP has released a sample layout for the 2011 paintball season.

The PSP recently announced some changes to the league beginning with the 2011 season, including plans to “adjust position of bunkers to better suit a wider variety of players”.

Below is an example of a 2011 PSP Field Layout. Although this particular layout will not be used, it displays the type of changes PSP will be implementing in all 2011 layouts. The following are three different views of the same layout (side view, breakout and grid). 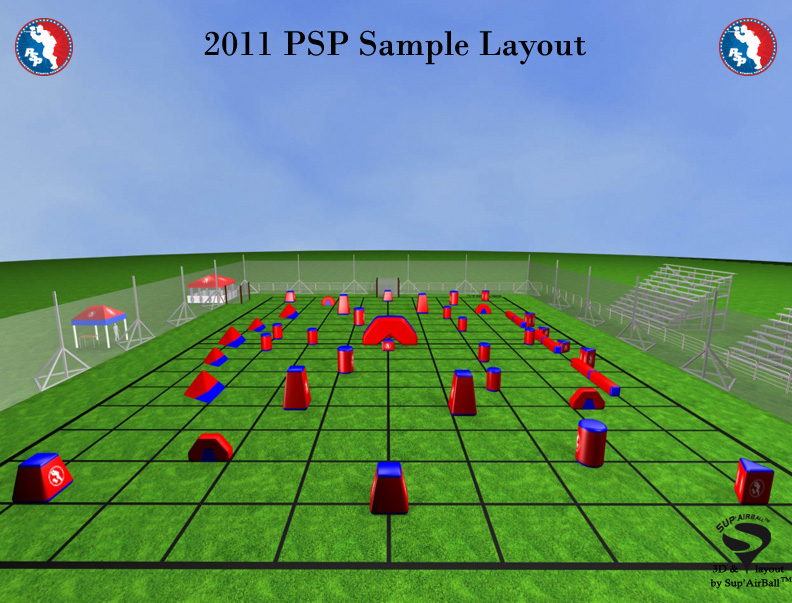 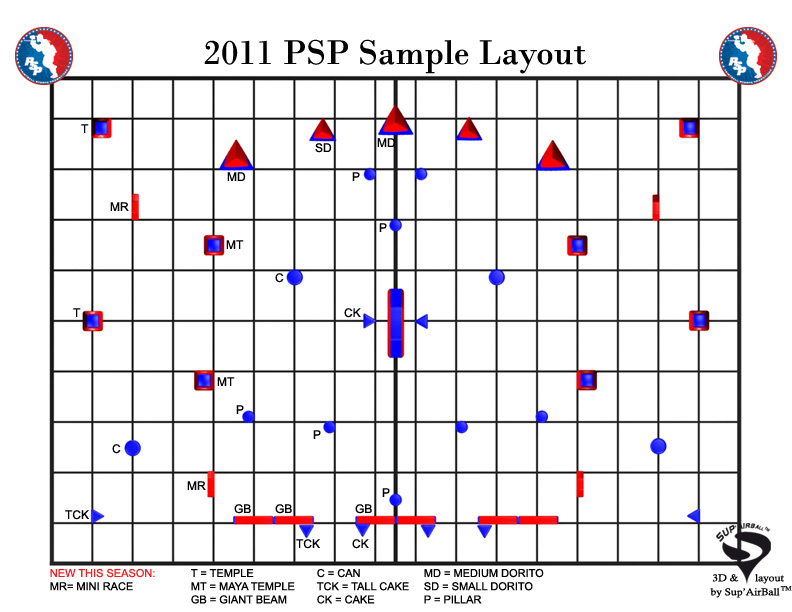 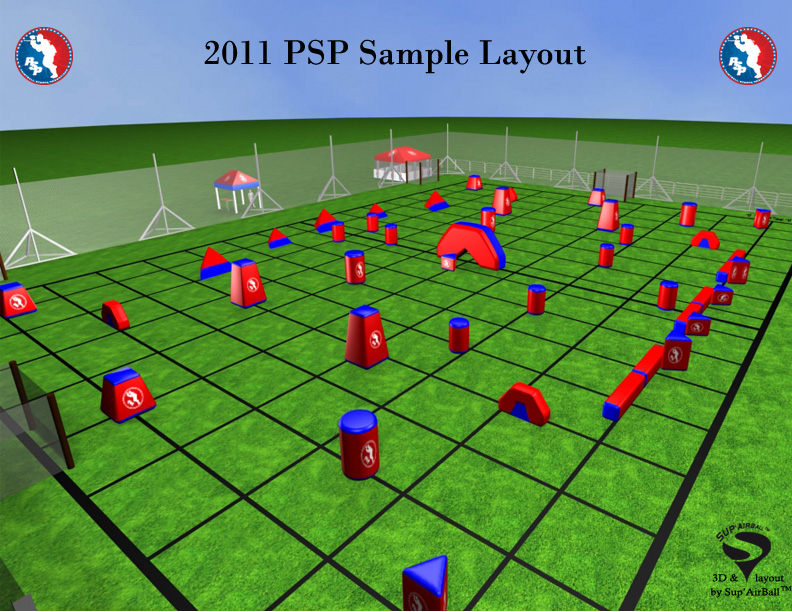