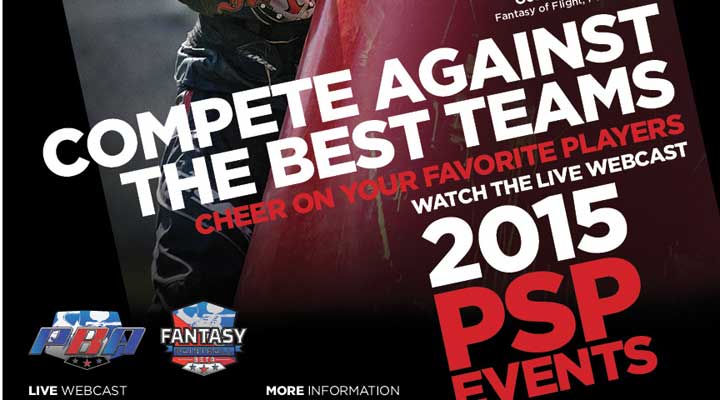 Paintball Sports Promotions has unveiled the schedule of events for the 2015 paintball season. The league has decided to continue the 5 event schedule that has been successful in recent years. Notably missing from this list are events in the Southern California/Western region. Read on for the complete schedule and pro paintball commentary. In recent years, the league has alternated between hosting a Socal Open and Phoenix Open. The only event west of the Mississippi is the season opener in Forney, Texas. It is worth noting that the PSP is continuing to blend host locations between both paintball parks and event centers. 3 of the 5 locations this year will be at large paintball parks. Event locations are important as they drive business, large amounts of foot traffic, and publicity to the local areas and parks.

What are your thoughts on the 2015 locations? Sound off in the comments below.