Still think 10.5bps is too slow for your race2 matches? Check out the latest rumor from the PSP concerning the maximum rate of fire and the proposed changes for the 2010 season. 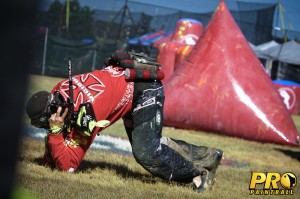 We’ve just received word that the PSP is considering new rate of fire changes for the 2010 season. The new proposal of 12.5bps is being considered for all divisions for the 2010 season. Sources suggest that the move to a lower bps was made to encourage movement on the field and alleviate excessive paint consumption for teams not playing free paintball. However, players this season seem primarily focused on getting to their positions and staying on their paintball guns [Ed Note: Several readers have pointed out that this may be due to the layouts rather than the BPS cap]. Paintball players have been vocal in their opinions concerning the 10.5 balls per second limit claiming that its too slow. From the sounds of the rumor, the powers that be within the PSP are saying “if they want to shoot paint, let them shoot paint.” We here at Pro Paintball dot Com are excited at the prospect of an increased rate of fire for the 2010 season.

We’ve been hearing rumors that the PSP is preparing to make some major announcements concerning the 2010 season. Be sure to stay posted to ProPaintball.com for the latest in paintball news.