Dan Holliday, dorito player for Tampa Bay Damage, is our ProPaintball player of the week. In this weeks Pro*File, Dan is interviewed by Baca Loco of View From the Deadbox and offers up several creative responses to Baca’s interrogation. Dan is a funny guy and a great player on the field. Be sure to check out his interview below. 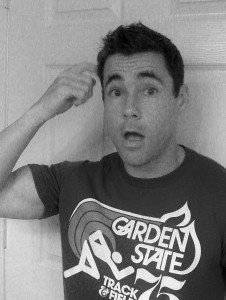 Name: Holliday
Age: 26
Hometown: Dirty Tampa
Occupation: I’m not exactly sure of what my title is but I work in sales currently
Family: 2 kids, one girlfriend, 2 brothers.
General interests other than paintball: I love to look up lavish things on the internet, be it: cars, homes or watches and just imagine that I actually have the ability to purchase such items. I’ll click ” add to cart” go all the way to the final process and then cancel the transaction, that is typically when the depression kicks in. It’s a vicious cycle.

2. What team do you play for now?
TAMPA BAY DAMAGE! And the Republicans

3. What teams have you played for in the past?
Strange, Jax Raiders

4 . What role do you play on your current team?
Publicist, player, activist. I have many roles in the 2010 season

5. Who are your favorite paintball players?
Favorite players to watch are Chad Busiere, Kirill, Alex Spence, and, of course, CJ Botsolas the best kept gem in Pro paintball.

6. What’s your best paintball experience or memory?
Recently it was when we won Chicago, but thats played out so much, Im ready for some more though. Im tired of everyone talking about the chicago win, it was over a year ago we need to make some serious moves in 2010.

7. What’s the most ridiculous thing you’ve done in order to play paintball?
Paid a hundred and twenty five dollars for a case, lost jobs, ruined myself financially.

8. What is the single most important lesson the up and comer needs to learn?
Just that reality isn’t father knows best anymore, it’s a kick in the face on a Saturday night with a steel toe grip kodiak work boot and a trip to the hospital bloodied and bashed. or that consolidating all your credit bills into one bill is much easier to manage, but what doesn’t kill us makes us stronger.

9. What keeps you playing paintball?
The fact that I’m still getting better and better as the years go by, haven’t really hit a plateau yet.

10. Do you (or any of your teammates) have any superstitions related to playing paintball? If not could you make up something that sounds good?
I really don’t believe in superstitions or even luck for that matter but I’ll make something up.
Before any big day of paintball.. When im in the hotel room bathroom,for about 7 minutes I remove my boxer briefs multiple times in front of the mirror while listening to “return to innonence” by Enigma. I repeat this ritual until I feel the fit is just right.

Special thanks to Dan Holliday & View for the Deadbox for conducting the interview and JohnDuberman.com for the photograph.