We’ve just spoken with members of Team Vicious who have confirmed the team will be playing in the Semi-Pro Division of the PSP, as well as Division 1 in the newly formed USPL. Throughout the season, Team VICIOUS will be running its regional X-Ball series in and around the Omaha, Nebraska area. The team just returned from doing a very successful clinic at Air Assault Paintball in Maple Planes, MN and word is they are planning on holding several more clinics throughout the course of the year. In the fall, Team VICIOUS will once again run its 7 Man Streetball tournament, as well as ref the DSSP8ntball.com 4 Man Classic. During the off season the team was hard at work practicing and secure new talent. Joining the team is former Aftermath player Dalton Vanderbyl and Ben Frederic formerly of Tampa Bay Damage.

The roster for the 2009 Phoenix Open is:

The roster for the 2009 USPL Huntington Beach event is: 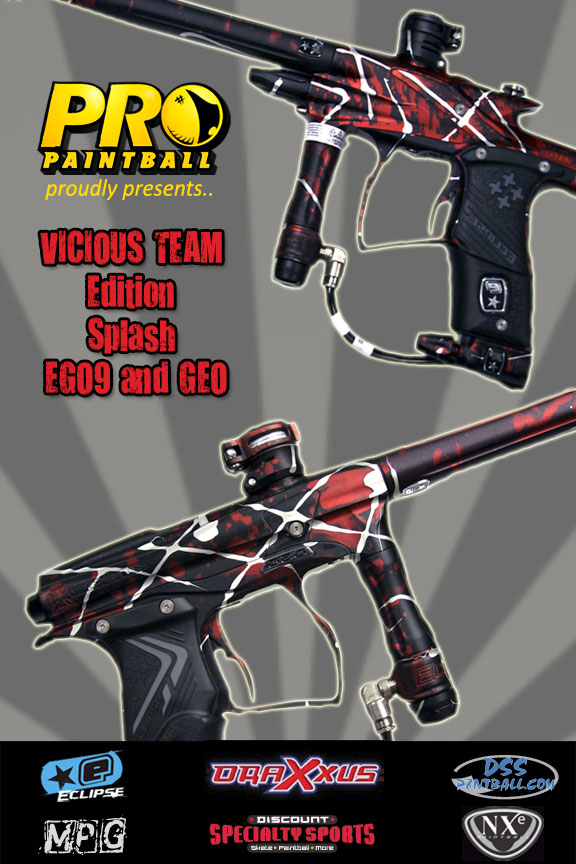