Planet Eclipse Etek Review: All You Need to Know

Today is day 1 of the PSP New Jersey Open. Read on for the latest pro paintball news and rumors from the event. 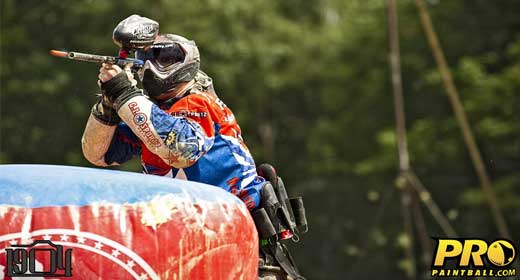 Chicago Aftershock is playing with 9 players this event. As rumored, Damian Ryan is playing with the team. The schedule that was released had incorrectly seeded Aftershock and CEP. The mistake has been corrected and the two teams have switched brackets.

Kevin “Kali” Rudulph won’t be competing with Infamous at the event. He recently had a kid and is staying home with his family.

We’ve received several questions regarding the Russian Legion name change on APPA. According to sources familiar with the matter, one of the managers adjusted the name to Russia (BRL), short for Boston Red Legion. The Russians have had issues with two of their players, one had a passport issue and another is hurt. Bear D’Egidio has been picked up by Legion and will be playing in NJO.

Playing regularly since 1997. Competed in local, regional, national and international paintball series. Founded and lead Long Beach State to a National Collegiate Championship victory. Proudly banned from the NPPL after legitimately winning a 5 on 1. Have since made it a hobby to promote paintball and at the same time make a point to call out paintball industry shenanigans and those that intentionally impede the growth of paintball. Welcome to ProPaintball.com