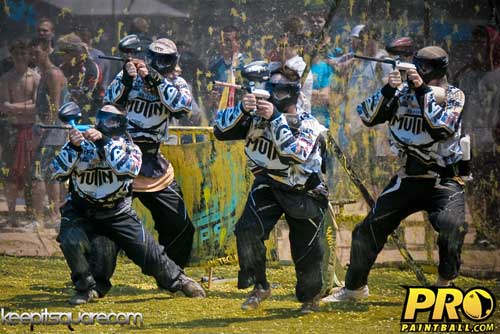 NPPL Pro Paintball team Indianapolis Mutiny is rumored to be merging with PSP semi-pro paintball team RNT Allstarz for the upcoming Chicago paintball events. Insiders speculate that if successful, this merger could potentially continue throughout the remainder of the 2010 pro paintball season. Damien Ryan from RNT has been playing with Chicago Legend in the NPPL series and we wonder on which side he will end up. Also, propaintball insiders are curious which guns the players will be shooting at the pro paintball events. Mutiny has been shooting angel paintball guns while Jerry and his RNT Allstarz have been shooting macdev paintball guns (RNT is a macdev factory team).