After last weeks debacle at NPPL DC, ProPaintball caught up with LJ to cut through the rumors and catch up with one of the top players in professional paintball. Read on for some breaking news, pro tips, and LJ’s thoughts on his favorite paintball format. 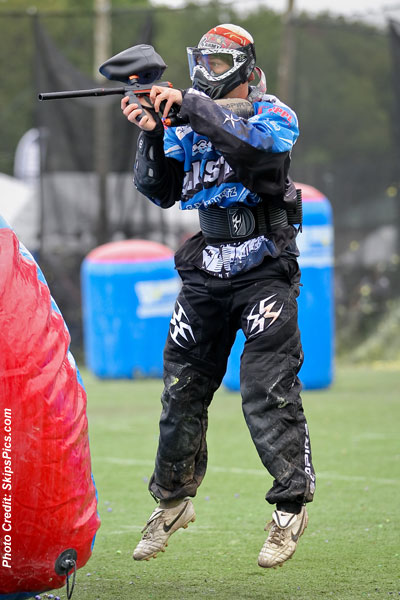 PPB: ProPaintball insiders tell us you have a big announcement to share. Do tell, whats the word?

LJ: I am playing with the LA Ironmen!

PPB: Congratulations! That is excellent news. After losing Ollie to Dynasty, pro paintball fans expected a rough year for the Ironmen. The Ironmen have beat that misconception and are currently ranked 4th overall. How do you expect the Ironmen to finish up the season at PSP World Cup?

LJ: After playing against the Ironmen for as long as I have I feel that they will always have a team contending for the top 4. I haven’t had the opportunity to practice with them very much but from what I can see they are a very positive team and have a lot of experience and energy. I feel that with some hard practices we will do very well at the World Cup this year.

PPB: Lots of craziness went down in DC. Your old pro paintball team, Infamous, blew Arsenal apart, dropped the next match, and then ended up DQ’d? What can you tell us about DC?

LJ: Haha DC was a nightmare! I had a previous suspension from chicago nppl which I thought I had served and apparently I had one more game to serve in DC. I was not warned or told by any of the NPPL officials that the suspension still stood and I had one more game to sit out. If I would have been aware I definitely would have sat and not tried to “sneak” on a game like most of the paintball community thinks I did. I feel very bad for not double checking and the DC loss is definitely my fault for Infamous. I am very sorry to all of the fans and sponsors that I let down.

PPB: That has to be rough; flying across the country and getting ready to blast your way to the podium only for a bunch of miscommunication to ruin you and your team’s run. Bummer.

The Ironmen have been doing well this season, and with you on board, the roster looks very strong for Cup. Has the deal with Ironmen been brewing for awhile? Or was this a sudden move? 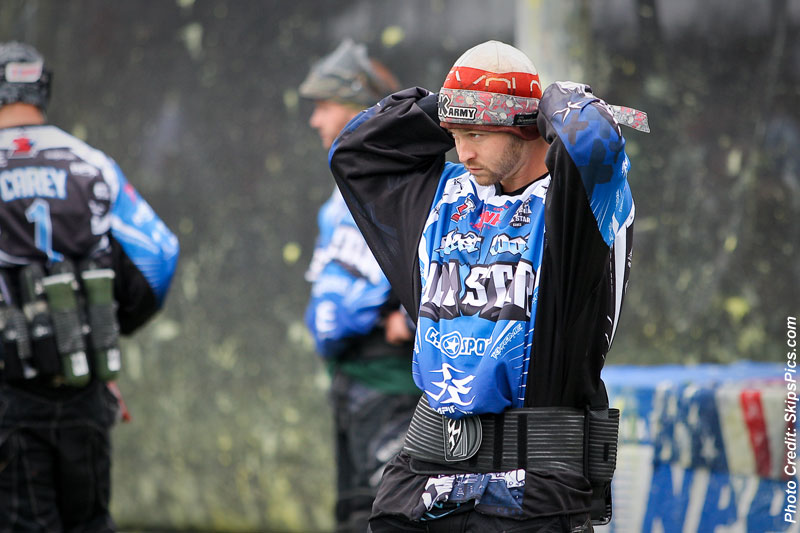 LJ: I go back with SK from when he was coaching me on Dynasty. I have always loved his style of coaching and I have played with short and skemp on Legacy. They approached me earlier in the season and I told them that I wanted to finish off the year with Infamous and if in the off season I felt it was time for a change then I would contact them. But after being let go from Infamous I was welcomed with open arms from the Ironmen.

PPB: With the demanding practicing, traveling and conditioning schedule of a professional paintball player, what advice would you have for an up and coming player to manage that competing in paintball with a busy work and school schedule?

LJ: Honestly it is so hard to keep up with work and paintball, especially if your work is not involved within the paintball Industry. I would suggest that if you want something bad enough you will make the effort to get it.

PPB: You have had an opportunity to play a ton of different pro formats. With all the discussion of a league merger, if it were your sole responsibility to come up with the ideal format for the combined league, what would it be? Race-To, All-Star, Millennium, NPPL, UAPL, or something else entirely?

LJ: I would bring it back to NXL with hour long matches and 15 balls per second fully auto. That was the most fun. I love going up to Canada and playing cxbl because they still run off those NXL rules.

PPB: What tips or strategies would you recommend to new players trying to get involved in tournament paintball?

LJ: I would say do a ton of snap shooting drills, 1-1’s, closing drills, and most importantly running and shooting drills. I am not the fastest person but whenever I am moving to another bunker I keep my gun up. Because if you’re shooting back at someone accurately that’s shooting at you, it’s way more difficult to hit them.

PPB: Special thanks to Justin Schwarz for taking the time to sit down with ProPaintball. Best of luck to you LJ!