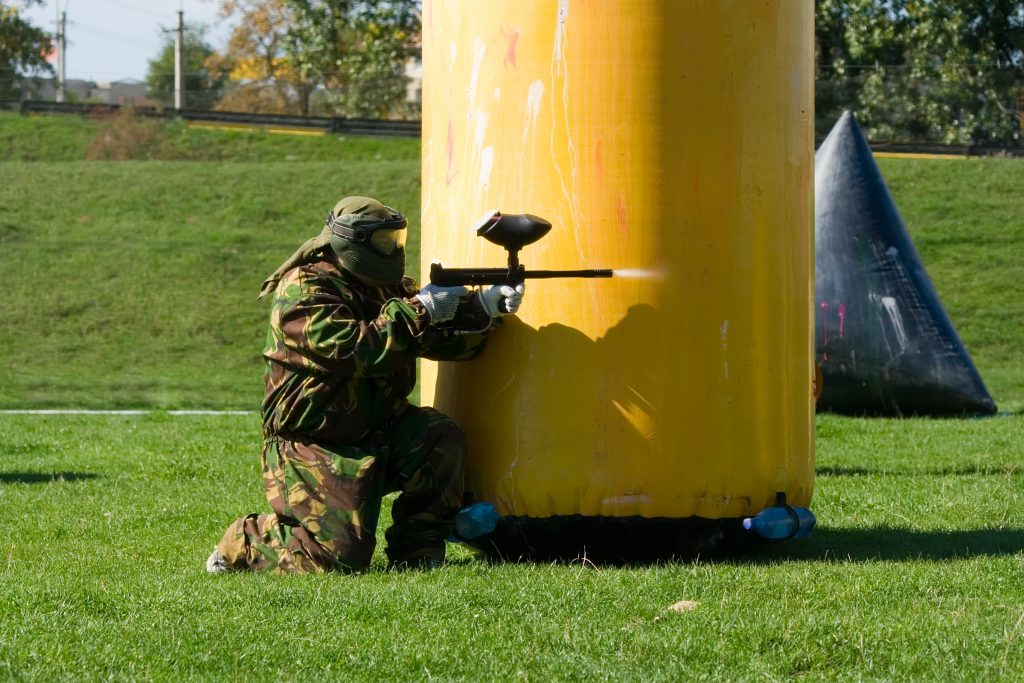 Paintball gun manufacture Vanguard suffers yet another setback to their business operations. According to a press release we received from Vanguard US, the company has severed relations with US distributor and service center Aggressive Sports and plans to reorganize its operations.

ProPaintball insiders, as of writing, have no idea as to what the future holds for Vanguard in the United States. According to the press release from Aggressive Sports, basic repair is being completed and returned. Customers seeking warranty repair will need to reach out to Vanguard UK for additional information.

Vanguard has had a short but tumultuous history in paintball. In 2006, Vanguard launched as Lucky Paintball with a mission to design high quality paintball guns and gear and sell them at affordable prices. Since then, the company has operated under a series of brand names including Lucky, Evolve, Gunlimited, and Vanguard. Many of you will recall that back in 2007, Lucky shocked the paintball community when they shuttered US operations, choosing instead to refocus and reorganize both their product lines and reassess the market. After the closing, rumors circulated that new paintball guns were in development and that a renewed push would be made into the USA. In 2008 we caught a sneak peak at a new paintball gun known as the Vanguard by Gunlimited would be coming to market. Shortly after we published the video, news began to leak that the company would once again be rebranding themselves, this time choosing to utilize the name Vanguard. In late 2009, Vanguard once again reorganized operations. In 2010 it was announced they would be replacing the Vanguard US and Canadian staff with Kathy & Eric Roydson from Aggressive Sports. Now, in 2012, it appears that is time for yet another reorganization – this time with Frank Connell behind the wheel.

VANGUARD US NO LONGER WORKING WITH VANGUARD PAINTBALL

Corona, ca, February 3, 2012:  It is with great sadness that we have to announce that Vanguard US will not be renewing our contract with Vanguard paintball for 2012 and will no longer be acting as the Customer Service or Warranty center for Vanguard in the United States/Canada.

What this means for our customers and Dealers:

Effective immediately the US customer service and warranty center is closed.  Any guns that are currently in for basic repair will processed as normal and you should expect to be getting a call or email from Kat in the next few days.  If your gun is in for Warranty repair you will need to contact the UK office of Vanguard directly for more information as to what is going to happen with your warranty claim and when to expect your gun back.  All markers currently in the US warranty center or on their way in are being shipped to the United Kingdom immediately If you have recently placed an order with vanguardus.com you will be receiving your products as normal and our online store will remain open for any parts you need.  The business line will remain open as we use it for other parts of our company and all vanguardus.com emails will be active for the time being but any/all questions about customer service or warranty issues need to be sent directly to Vanguard Paintball UK.

Both Eric and I have thoroughly enjoyed running the customer service and warranty center for the past 2 years and all of the interactions that we have had with our customers.  We will now be focusing more on our custom gun anodizing business as well as looking for lots of new products for our online store at aggressivesports.net.  We look forward to providing the same great customer service as we’ve always offered, just in a brand new way!