Earlier this week we received a top secret report indicating that the number one pro paintball team in the world, Russian Legion, was making major changes to the teams sponsorship for 2010. Historically, the Russians have been a very secretive team. With that being said, we put out a bunch of phone calls and emails trying to figure out if any of our sources had additional information. Here is what we found..

BREAKING NEWS–PROPAINTBALL.COM EXCLUSIVE–One of our sources pointed us in the direction of MacDev. Rumors have been circulating for the last couple of months that MacDev had been looking to pick up a notable pro paintball team with the departure of Miami Rage from the Pro scene. Our suspicions turned out to be correct, and an email to James Grundy of MacDev confirmed the news. The ProPaintball.com Rumor Squad was lucky enough to snag a quote from James of MacDev–”We’re proud to sign Russian Legion for 2010. We’ve always had a strong following in Europe and Asia, and the addition of a winning Russian team will be an excellent complement to the Clone platform and prove it’s merit.”

This is a major acquisition for MacDev, the Australian makers of the acclaimed Cyborg, Droid, Drone, and Clone platforms. While no stranger to the tournament marker scene, the Russians shooting the new Clone will surely dispel any doubts about the world’s most efficient spool valve marker.

Update:  For those of you unfamiliar, here is a photo of the MacDev clone; 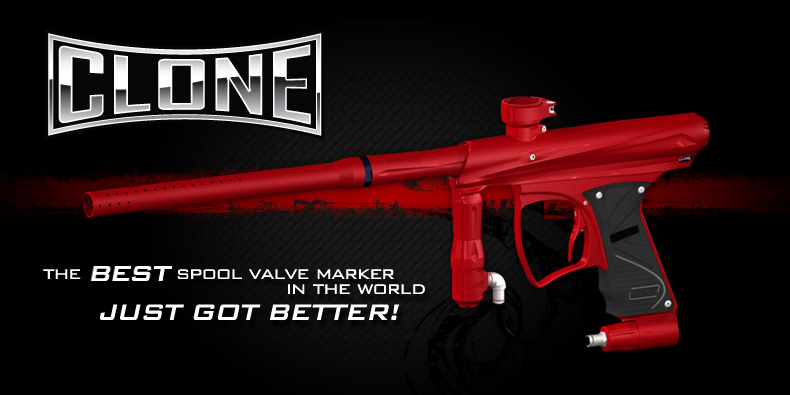