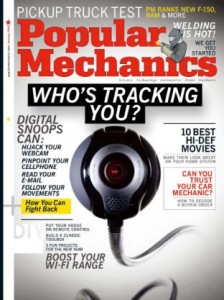 David Hambling of Popular Mechanics gives a run down of Israel’s “less-lethal” weapons, many of which the soldiers deployed against people in the Gaza convoy on Monday. The article details what weapons Israel uses and what it may be developing. Interestingly enough, paintball guns top the list.

When Israeli commandos launched their assault on ships bound for Gaza on Monday, the plan was to take them without bloodshed. It was a tall order, but after decades of conflict the Israel Defense Forces (IDF) has built up a comprehensive arsenal of “less lethal” weapons, many of them developed indigenously. These cover everything from controlling large crowds to subduing individuals. However, technology has so far failed to deliver a Star Trek–styled phaser that is both completely harmless and perfectly effective. Each type of weapon has its own strengths and weaknesses. And as the botched raid shows, smart tactical use of such weapons is essential or everything can go tragically wrong.

Check out the story here and share your thoughts in the comments below.