Its not too often that we as paintball players and fans get to see the pro fields from the eye’s of a pro. Tim Montressor of Chicago Aftershock has put together a few thoughts on the recent Phoenix Open, PSP’s season opener. Tim discusses the ever changing sponsorship, the disputed “over time rule” that affected X-Factor, and competitive paintball. 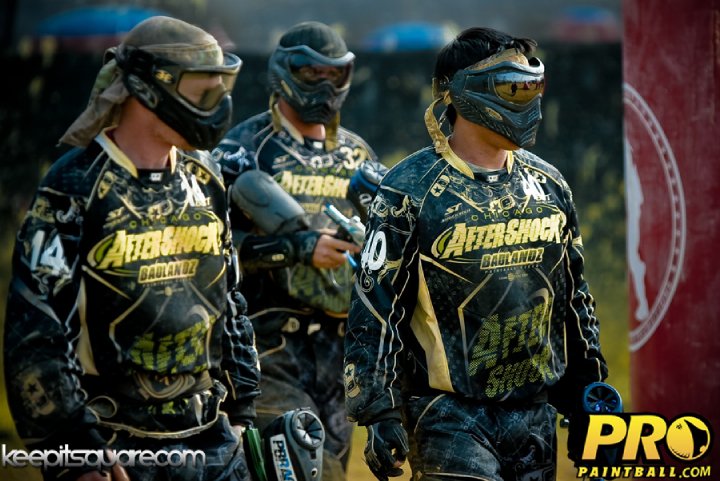 The blood poured from the fighter’s swollen mess of an eye as the loud ding of the bell signaled the end of the third round. The sweat mixed with the blood creating a crimson poison that blurred his vision and only fueled the crowd’s never ending thirst for suffering. The heavyweight champion of the world, Sonny Liston, was overcome by his opponent’s speed and ferocity. Struggling to regain his form and sight, the champion continued to endure a beating like nothing he had seen before. As the bell chimed to signal the end of the sixth round, Liston’s eye continued to bleed like an overflowing river and his shoulder emitted pain that became unbearable. Surprisingly, the champion remained seated at the beginning of the seventh round. His defeat and submission was heard around the world, but more importantly his loss signaled the beginning of a new era as the champion of old had been replaced by a new victor. The story of a young 22 year old Cassius Clay had finally begun as he hoisted his newly gained championship belt and ferociously shouted, “I shook up the world!” Indeed he did, as Cassius would later change his name to Muhammad Ali and begin the creation of the biggest legacy in professional sports, which may have never started if not for that enormous upset that occurred in the ring at Miami Beach.

To compare the beginning of Muhammad Ali’s career to the occurrences of the first event of the 2010 PSP season in Phoenix, AZ would be absurd, preposterous, and completely ridiculous. The magnitude of Muhammad Ali’s career trumps the numerous occurrences in professional paintball in a manner similar to the Yankees recent World Series win in comparison to the t-ball championship of the 5-6 year old division at the public park in Latrobe, PA. However, to grasp the significance of the 2010 PSP Phoenix Open the event must be viewed within a specific perspective and unique scope, as both events signaled the end of an era and beginning of a new epoch. To the outside world, no one cares about professional paintball. It would be incredibly naïve to believe, or even consider the fact, that Edmonton Impact’s victory at the tournament carries even a grain of importance within the general public’s interest. Nonetheless, to the paintball world, it was the beginning of a shake up within the professional scene. For sometime now, a select few group of teams and organizations have consistently changed their grips and reign within the podium spots. The LA Ironmen, San Diego Dynasty, Russian Legion and Philadelphia Americans created an insurmountable gap between the next tiers of teams. A mixture of enormous sponsorship, elite players and superior coaching allowed these teams to win event after event. But, as the great Bob Dylan says “The times they are a changin’.”

Change is often scary as it creates a sense of unknowing and peculiar curiosity that can often lead to havoc or disorder. But, this time, change is good. It’s beneficial for paintball to see a new champion. Without some sort of change at the top, tournaments begin to blend together and events become bland, monotonous and stale. One of the many joys about ten man tournaments was that the event was a true mystery. Sure, teams like the Ironmen, Dynasty and Aftershock won on a regular basis. However, watching Ground Zero, Strange, the All-Americans, Avalanche, and Lockout pull out tournament victories as well only created intense interest at each event of the circuit. It didn’t affect my life and pursuit of the game directly, but it added a renewed sense of attention to every tournament. Now over a decade later and competing as a professional player, I would be remiss to say that I enjoy watching a turn of events such as in Phoenix since I am a creature of habit, but it is truly good for all the teams as a whole. Having such an even balance now within the pro ranks makes the game more entertaining and each tournament becomes a new conquest. 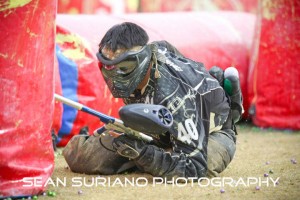 On a more personal note, I have settled in quite well with Chicago Aftershock. The organization and squad is much different than the Philadelphia Americans, but I thoroughly enjoyed the experience of wearing a Shock jersey at the event. We did not win the tournament, but I felt we showed quite a bit of promise for the rest of the season. The team is not built on huge sponsorship or founded on well known and established professional players but the team is full of that never ending cliché known as heart and has a yearning for success and greatness. Nonetheless, it gets annoying to use those terms and descriptions, mainly because they are an easy out to use instead of saying lack of success or victories. Often it’s said in a statement like “they didn’t do well, but they showed lots of heart.” It’s old and played out from a media standpoint. But, truthfully when you are a player and you pursue the game as more than just a game, the term really does make sense. Even so, I don’t use the descriptions and terms because they’re trendy or sound cool, but mainly because a better term has not been created for the actions that it encompasses. Regardless of the truisms or terms that are used to describe the team, I am thoroughly enjoying the change of scenery and I am soaking in the new experiences and opportunities that I am provided.

On another note, despite the “peculiar” decision on overtime rules that was implemented last second (literally), the Phoenix event as a whole was of superior quality. I have always enjoyed the venue because there is nothing else that I could ask for besides some beer vendors. The grass is better than turf, there’s plenty of parking, the event is laid out well, the weather is perfect and there’s free bleachers provided for spectators. Camille Lemanski, Geoff Waterman and Lane Wright continue to do a near flawless job of hosting and promoting the events. Critics continue to knock the league, but truthfully I feel that it’s simply because paintball critics can rarely be satisfied. Their glass is always half empty to them, even if it’s pouring over the edge. The league provides us, as players, an outlet that is very difficult to duplicate. This off season, I pondered the paintball world’s existence without the PSP and it’s one that I would be very disinterested to be a part of for too long.

Back to the topic of Chicago Aftershock…..I hate losing. I hate losing in ultimate Frisbee, Call of Duty, Scrabble, or tic tac toe. More or less, the concept of losing is not enjoyable, but as I’ve matured within the sport, I have become a very gracious loser. Not because I take pride in losing but because once the game is over there is nothing more that can be done for that match. Nonetheless, it was not fun watching the finals because I wished that I was playing for first or second instead of watching from the sidelines. But, it was awesome to see some of my friends compete. Jason Edwards and Ryan Moorhead were teammates of mine for a good while and watching them play was somewhat comforting. Not a comfort like a hot cup of chocolate on a cold day, but more like having at least a garbage bag to use as a rain coat during a thunderstorm. Regardless, I was happy to see Impact and Ryan win the event. Contrary to what some others might say , they practiced hard and were well deserved of their win. Plus it’s nice to see a local Latrobian and Philly American atop the podium.

Usually I can provide a writing of more “depth”, insight and emotional twists, but I don’t have a topic worthy at this moment. Nevertheless, regardless of the doomsday sayers and nayers that predict the fall of competitive paintball, I see the events being as strong as before. Maybe not to the same level of lavishness and extravagance as a few seasons ago, but still filled with the same quality of teams and competition. As long as there are teams, nets and fields, a continued drive for pride and respect will supersede any monetary prize or shiny trophy.