According to Oslopaintball.no, Oslo Menace has resigned from professional paintball. Attached is the translated version of the announcement (courtesy of google). 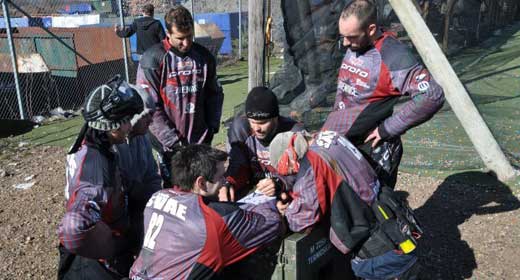 Update: Pro Paintball insiders indicate that most of the players will continue playing on other Millennium Series paintball teams. Insiders suggest the teams retirement may have been caused by a difficulty in finding enough players to fill the Menace event roster in the CPL.

It is unfortunately a sad [..] day to announce Oslo Menace’s demise.
The team that has represented Norway at the highest level in Europe has chosen to end their career, both as participants in the Millennium Series, and as referees in the Norwegian League “NPL – Norwegian Paintball League.”

Oslo Paintball want to thank Oslo Menace and their players for the sovereign cooperation and and using this time to wish each and every single one of the players good luck, both on the court as profesionelle athletes and in their private lives.

Oslo Menace also wants to send a special thanks to Svein, Christian and Frank who started the team “Malera” back in the old days, which was the predecessor of “Menace”. ”Without them we, would have never existed and never had the chance to experience paintball at the highest levels of the Millennium (Biggest European League)” shall be called by the Menace’s spokesman. They also want to thank their sponsors, DYE, PROTO and Oslo Paintball for their contribution throughout the 2010 season.

Oslo Menace, thanks for everything ..

Here is a video of Oslo Menace practicing against Joy Division:
[youtube]https://www.youtube.com/watch?v=0wP8fQJs9is[/youtube]