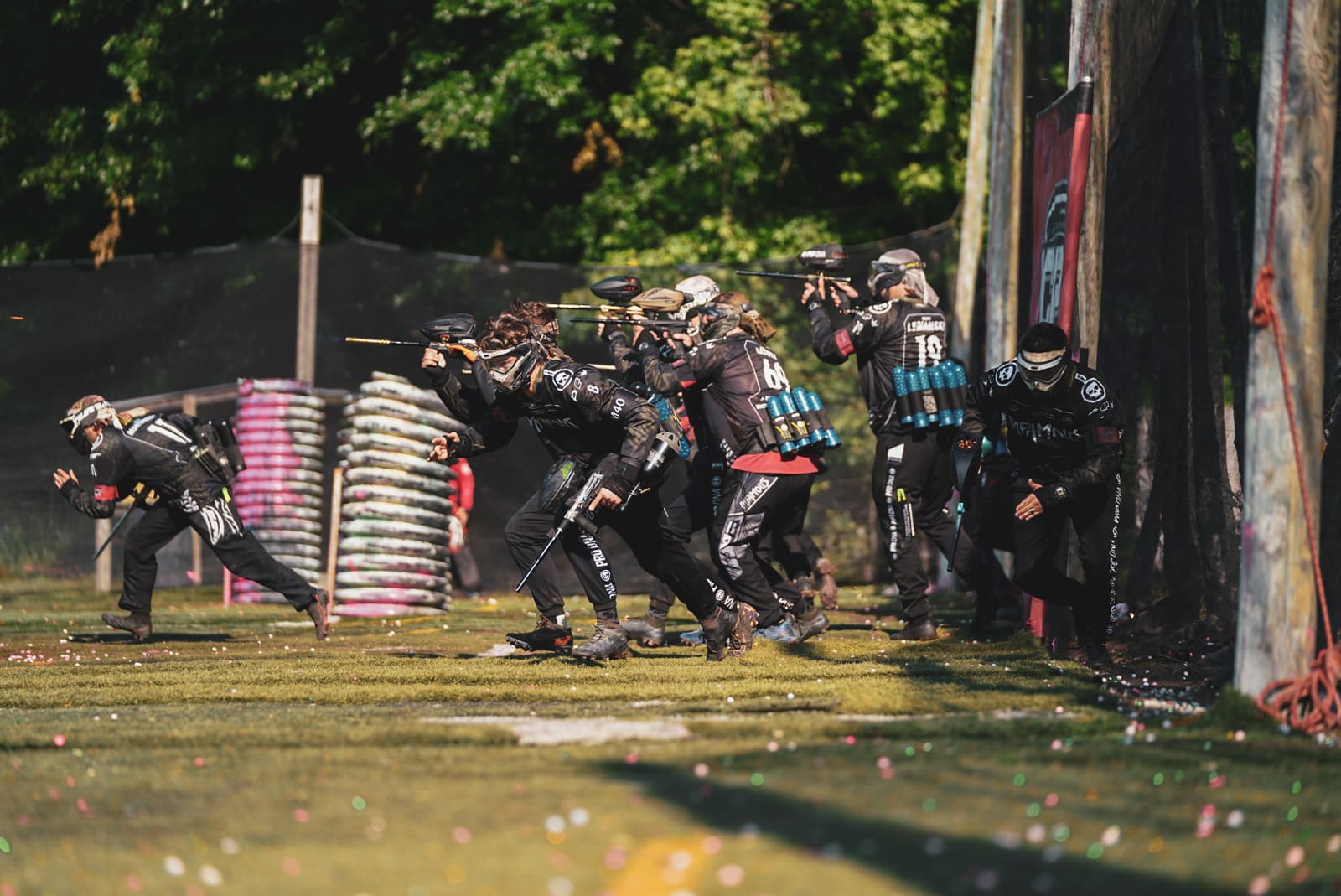 The first event of the ICPL at OXCC in Maryland has concluded and it was a wild event. With many surprises in both amateur and pro, it made for an event that kept spectators on the edge of their seat.

Stepping back and looking at this event after its conclusion, there are a few takeaways that we can leave with.

Top-Level action from the Pro division.

At the end of the prelims, the top 13 teams would advance to the quarter finals, with the 6 lowest seeded teams playing in the quarter finals for two coveted spots in the semi-finals. The top two teams would move on. In an intense series of 6 games, Farside and Fox 4 Darkside won both of their games in dominate fashion to solidly cement themselves into the semi-finals.

In the semi-finals, as we predicted in the event preview, Infamous and Kapp Factory looked dominate. Fox 4 Darkside had their event come down to a game against Infamous, if they won, they would make the finals. Unfortunately for Darkside, the game ended in a tie, effectively ending their event.

With two of the final three spots secured for finals, the last bracket was a slug fest for the last spot. In perhaps the toughest semi-finals bracket, Ground Zero Gold came out with a solid win against Farside. This put them in the driver seat, as the All-Americans and Farside tied their game, all but guaranteeing GZ Gold their spot as long as they didn’t allow the All Americans to pull the flag in the third game. Ground Zero hung tough and held off the veteran AA squad to move on to finals.

In the finals the games were, surprisingly, played on the deep woods field. This was a change of pace, as we typically see the Hyperball fields chosen for the finals matches. I really liked this decision by Tom. The finals bracket of KAPP Factory, Ground Zero Gold, and Infamous truly represented the best teams of the weekend and a back and forth battle would decide the winner of event one.

Ground Zero struck first, with a shocking win over current champ, KAPP Factory. This meant GZ would control their own fate going into their last game of the day against Infamous. GZ came out aggressive in game two against Infamous, but Travis Lemanski’s squad of elite talent proved too much for GZ and beat them 98-2. This was exciting because it meant the entire event would come down to the final game against KAPP and Infamous. If KAPP beat Infamous, the event would go to GZ Gold. Infamous knew this and they made the smart decision to play conservatively and run out the clock for a tie. This secured the event for Infamous and gave us a new champion for event one of the series.

The same format was used for amateur as pro and saw the quarter finals play-in round won by Fatal Swoop and Team Smoke. Tribe Savages put up the second best score in the round, but they were unable to beat Fatal Swoop to secure their spot.

In the semi-finals, Mutiny won both of their games, being the first team to move on to finals. The other two semi brackets were not so clear. Smoke and Thunderhorse traded blows with the All-Americans 2 in a series of 3 close games, with Smoke winning the bracket by just 5 points.

The third bracket of semi-finals was a slugfest between Image, Fraction, and Portland Darkside. In a rare series, each team was able to put up a win in one of their two games. Unfortunately for Fraction and Darkside, Image was near perfect in their win with a 99 point victory over Darkside, they also eliminated the majority of players on Fraction in their loss to them, securing their spot in the finals.

In the Amateur division, finals were also played on the deep woods field. The three game round robin was a back-and-forth series where high-IQ and teamwork won the day. In another rare turn of events, not one of the teams secured a full, flag pull victory and it came down to careful player positioning. Image dropped their first game to Smoke losing 10-13, but Smoke then lost to Mutiny 11-14.

Just like the professional division, the amateur finals came down to the final game, with Image and Mutiny controlling their own fate. Whichever team was able to win their game, would take home the the first place trophy and secure bragging rights for the next 12 weeks.

It was the quintessential match-up of old school legends on Image vs. the younger and more athletic NXL program, Mutiny. It was a back and forth game with neither team wanting to give ground. Image slowly chipped away with smart player positioning and they won a 22-7 body count win over Mutiny and securing the victory. The Malizewski’s showed they are still playing at an elite level and they now have a chance to win a pro spot in Chicago at the end of the season.

With event one of the season concluded, players will now begin to prepare and strategize for event two in Chicago at the end of the summer. With Infamous and Image taking the crown for event one in each division, they will be in the crosshairs of every major program in the country, with everyone looking to take them down and become the King of Classic paintball. You can follow the season all year long on the NXL Classic site.