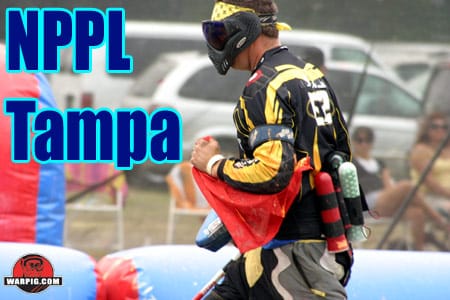 Location, location, location! Historically, NPPL has it most of the time; PSP dabbles with it some of the time. As stated in the title, we’ve got our mitts on a one-off rumor from the inside that the NPPL will be returning to the Gulf Coast in the 2013 season. Sources indicate discussion between the Tampa Bay Sports Commission and the NPPL to land an event at Raymond James Stadium, home of the [hurting] Tampa Bay Buccaneers, as either the 2nd or 3rd stop. This relationship is not new; NPPL held events in ‘06 and ‘07 in the grass tailgating lots surrounding the NFL stadium. This idea is not new; high profile venues thrived in the mid-2000’s and still dot the yearly tours of both NPPL and PSP series. What might be new is a growing skepticism amongst the players; an inferior league could net three big’uns in ’13 (HB, RayJay, Bellagio) while the premier league deals with cow pastures and comp’d local Sunday spots (credit due to Phoenix in the Cards’ lots).

See the contrasts? Where is the major disconnect here? PSP has the superior product, uncontested advantage in player support, obvious no-contest in industry backing, and a media presence far outweighing the other league. Yet, their championship venue would make a fitting set for a B-rate remake of Deliverance. My finger pointing is best illustrated metaphorically: the PSP has a chiseled chest, buff arms and legs, the sharpest haircut, but it’s jumbled between the ears. Its flaws lie upstairs. Post-economy tank, the PSP organization has underachieved and under-delivered in getting the good word of paintball outside of our little industry; the “holy grail” needed to reach the next level. Relative to the external “inputs” fed into its “business machine”, things just don’t match up and not enough is being done to hold those at the top accountable. Okay, enough of that.. Instead of rubbing salt in obvious wounds (cough.. the 2012 NJO/MAO logistical debacle), I’ll lay down some constructive journalism as food for thought and a wrap on the Tampa “rumor”. Small business succeeds by seeking out viable opportunities and creating lucrative mini-relationships–better than the next guy. Here is a little spiel from the aforementioned TBSC’s mission statement:

This non-profit exists to FACILITATE “alternative” sporting events in the Tampa Bay area (Red Bull’s Wakeboarding Open was killer last spring). They actually WANT the event to come to town for the economic and social benefits that come with hosting, and are willing to pay for it. They sweeten the pot to make sure the tournament lands in Tampa and not elsewhere. See? It’s as simple as right place, right time.. or as frustrating as wrong place, wrong time (Cup chased out of Wide World of Sports by.. was it an equestrian event?).

So, what’s your take on this whole thing? Let out a rant on anything. Celebrate if you’re a Florida kid. Damn the NPPL, damn the PSP. Whatever. Just lay it out in the comments.