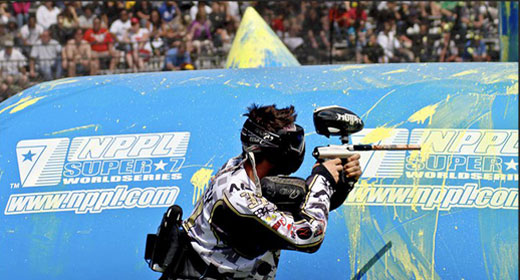 The following are the latest news & rumors from the NPPL 7-man paintball series.

The NPPL is making a leadership change. Word is that Chuck Hendsch is stepping down from day to day operations. Replacing Chuck will be Mike Peveril of Pev’s paintball as president of the NPPL. A search for the new commissioner is underway as well.

The NPPL website has confirmed the dates for Huntington Beach as April 1st, 2nd and 3rd of 2011. Start searching for deals on airline flights as rates are said to go up 10% in 2011.

PRO Paintball teams are said to be debating wether to go to a 5 point format as opposed to the current 3 points. The argument in support of 5 point matches rest on the concept that more points and more action will do a better job of entertaining the spectators. The argument against suggest that the league would be replicating the PSP with semi auto guns.

The RPL will be an NPPL affiliate league in 2011. Hopefully the feeder system actually feeds a few teams in this time around. The RPL is predominantly a 3-man and 5-man league. As of writing we have not received any info as to how Shawn Walker plans to (or if he will) restructure his league to support the 7-man format.

PRO Paintball insiders suggest a new NPPL franchise team is in the works. Sources suggest the team is from the East Coast but not much beyond that is known.