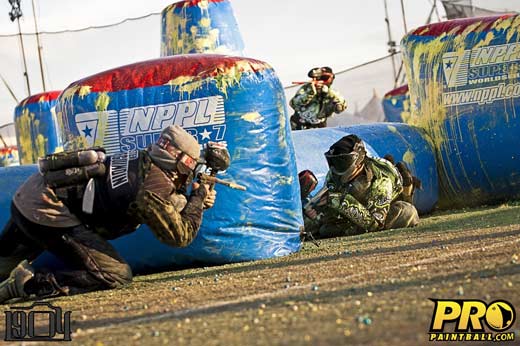 After the collapse of the merger talks, Pro Paintball insiders were taking bets as to what the future had in store for the NPPL. Some insiders predicted the league would stick to the traditional 7-man format, and a few others mentioned adopting Race-To. What no one expected however was the NPPL adopting a basket of formats including 5-man, 7-man, Race-To, Millennium and 7-man styles of game play.

Don’t believe us? Read below for the official NPPL press release:

The NPPL is proud to give 2012 tournament teams a choice by offering both the Traditional 7 man Capture the Flag format and the Millennium Series format which includes Race to 5, Race to 4 and Race to 2. The following 8 divisions will be offered by NPPL for the 2012 season.

The only changes to the Millennium format rules will be no coaching or ramping. Instead the Rate of Fire (ROF) will be Semi Automatic 15 Balls Per Second (BPS)

What do you think about the additional formats? Will this be good for the league? Are you interested in play the NPPL again?