The National Professional Paintball League has released the 2011 paintball rule book. This rule book update features details on the recently rumored changes to the 7-man pro paintball format. Click the cover below for the official rules or scroll below for our snapshot of the new rule 26.02. 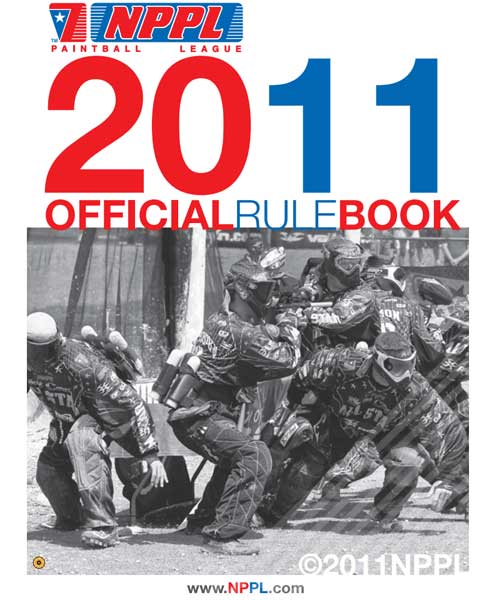 As rumored, 7-man pro paintball teams will be competing in a best of 3 match in preliminaries, quarter, semi, and final rounds. Per the rule book;

b. Pro Tie Breakers. In the Preliminary and Quarter Final Rounds teams seeds within their Group will be determined based on the following criteria in their order of importance;
1) Matches Won;
2) Head to Head result;
3) The teams average score (their total points scored in the preliminary OR quarter final round divided by the number of games they played in that round; no points are awarded from any 1-on-1 tie breakers);
4) Coin Toss In the case that a team fails to show up to the event, the team will forfeit every game. See Rule 18.01.