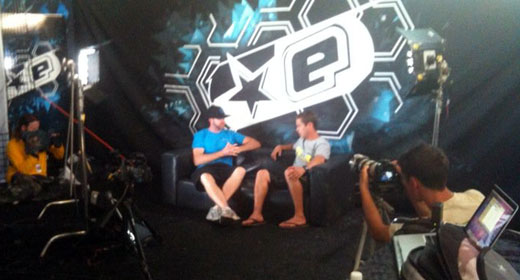 Sources indicate that a new paintball video series is currently under production. From what we gather, the new Eclipse video series will once again be hosted by former pro paintball player Matty Marshall. In the photo, Matty is interviewing Ryan Greenspan from San Diego Dynasty.