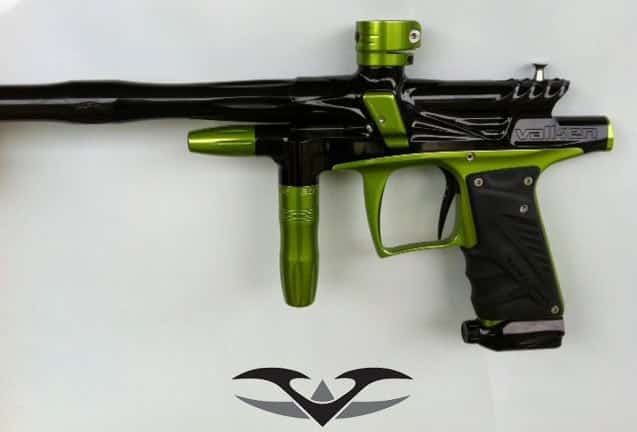 The Valken G6R private label is a new twist on Bob Long’s G6r paintball gun. This new paintball gun features minor changes to the body and initial feedback has been largely favorable. The change-list to the Valken G6R including ripples above the bolt, no window, a black and vibrant green anodize and a Valken logo on the tail end. 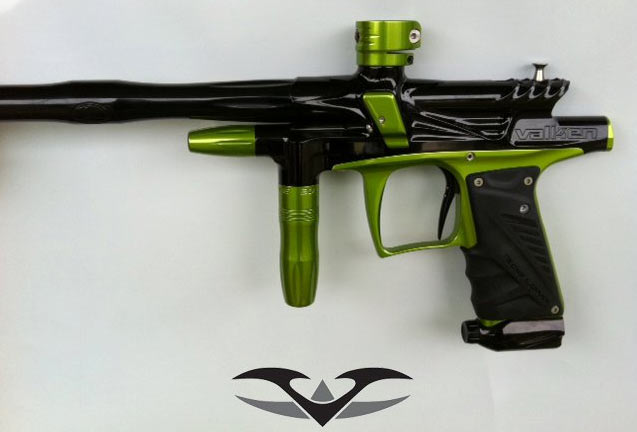 Many of you will recall a few years back when Bob Long and Empire Paintball collaborated on the Empire Intimidator (circa 2004). The Empire Timmy as it became known was one of the first projects designed by Simon Stevens. Legend has it that Simon designed the Empire Timmy while waiting for his interview with National Paintball and upon their seeing his work, hired him on the spot. The Empire Intimidator was released at a time when Gino Postorivo was behind the helm of National Paintball. Gino later sold his Empire / National paintball business to Angelo, Gordon & Co. venture capital group for a large sum of money. Gino went on to form Valken Sports and built a business in several different sports including Hockey, Lacross, MMA and Racing. In 2009, Gino announced he was returning to paintball and one of the first products he would be distributing were Bob Long paintball guns.

Bob Long and Gino Postorivo’s relationship dates back to the 90’s. Gino’s company at the time, National Paintball, was the primary sponsor of Bob Long’s Ironmen and later Bob Long’s Assassins. When Bob Long announced his new paintball gun, the Intimidator, Gino jumped at the opportunity to support Bob and began distributing the new paintball gun to the industry. The two worked very well together and were ultimately very successful in the paintball business; Bob, as a performance gun manufacture, and Gino, the largest distributor in the paintball business.

Fast forward to 2011; Gino is in the process of rebuilding his paintball empire and Bob Long is still cranking out high performance paintball guns.

Will the new Valken G6R paintball gun be as successful as the Empire Intimidator?