This is a follow up to last weeks story about our trip to the PBFashion warehouse.

While the HK guys were unloading several pallets of new paintball cleats, one of the guys from ProPaintball was roaming around the warehouse “looking for a bathroom”. You won’t guess what cool gear ProPaintball stumbled on. HHH!

Sitting on Mr. H’s desk was a prototype HK Army paintball harness, another piece of the rumored new paintball gear line we alluded to last week. ProPaintball only had a few seconds to check out the gear and snap a photo before we had to get moving. From our brief interaction with the pack, this new paintball harness features contour grip padding in the back to keep you comfortable and prevent slippage. The pack appeared to be fully sublimated. Their were a few of the packs next to the desk in a box but we didn’t have a chance to photograph them all. We think there were about 3 different color ways. ProPaintball is proud to share an exclusive first look at the new HK Army Paintball Harness. 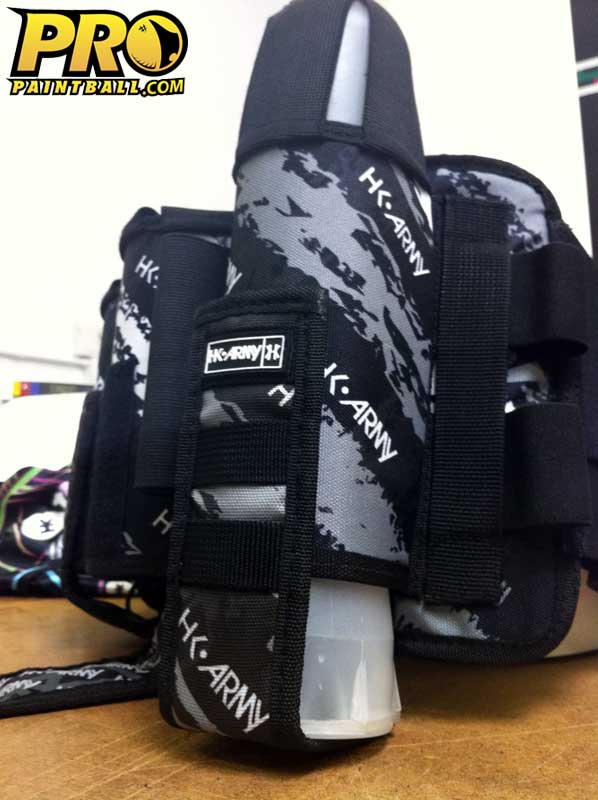