GI Sports has been rumored to be working on a line of new paintball gear for some time now. ProPaintball insiders suggested that a new paintball goggle would be on its way shortly after the new GI paintball brand was announced last year. The Italia brothers who own GI Sports/Vision/Milsim also happen to own OptiCoating, a goggle and lens manufacturing business as well as a EyeTactical, a tactical goggle company. With all of that in mind, ProPaintball insiders wagered that it was only a matter of time until the Italia brothers released a paintball goggle of their own.

Graphics placed on the GI Sports paintball trailer and box art only served to fuel the speculation. Last fall, ProPaintball insiders zeroed in on the the GI Sports & Milsim paintball box art featuring a sneak peak at the new paintball goggles from GI. The goggles pictured in the box art will be officially branded as the GI Vision SLIVER goggle system. Yes, you read that right, S-L-I-V-E-R. Designed and manufactured by Richmond Italia’s goggle company OptiCoating, the new GI Sports goggle systems are said to have great optical clarity and feature a very easy lens replacement system. Read below for a first look at the new paintball gear and goggle systems from GI’s new line, GI VISION.

GI Sports will be unveiling two Goggle systems. The first goggle will be known as the GI SLEEK Vision System. The GI Sleek Vision system features GI’s “3 star” rating, meaning it has been designed for paintball fields and recreational players. This paintball mask will be offered at a lower price point. 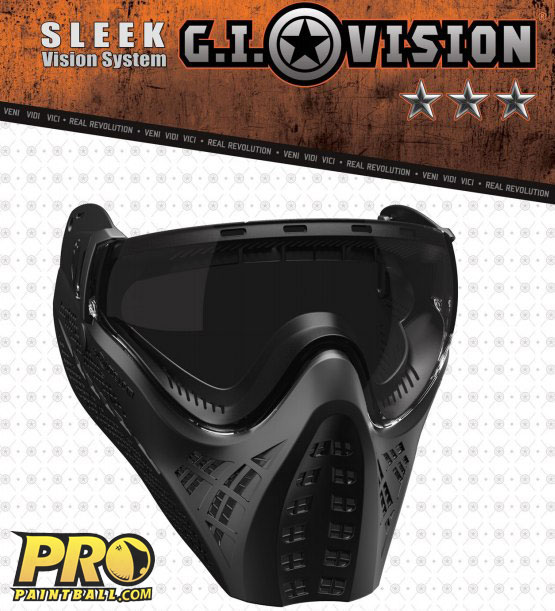 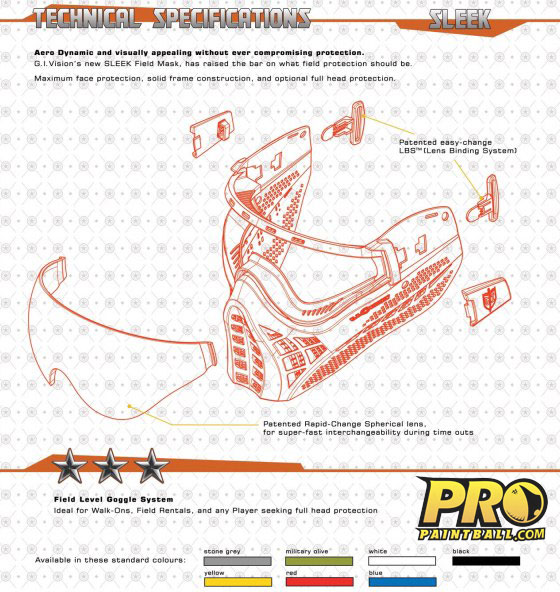 The second goggle is the GI SLIVER Vision System. The SLIVER is targeted at both tournament paintball players and recreational/scenario players that refuse to use anything less than the best available paintball gear. The SLIVER goggle features GI Sports “4 Star” rating, a mesh style venting system near the mouth for improved communication and distortion free optics. 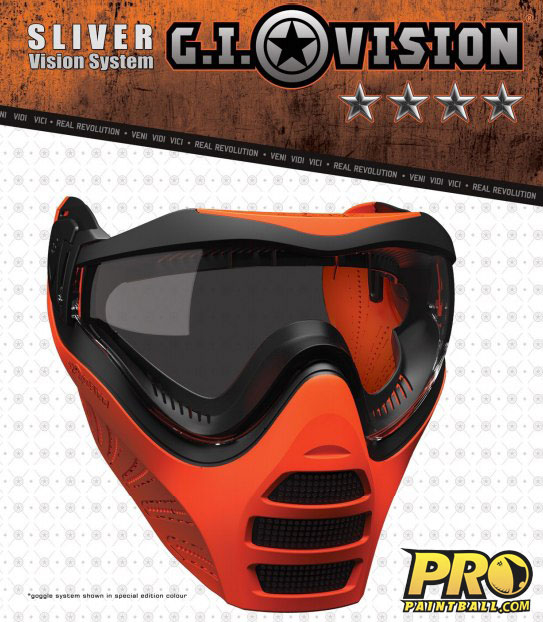 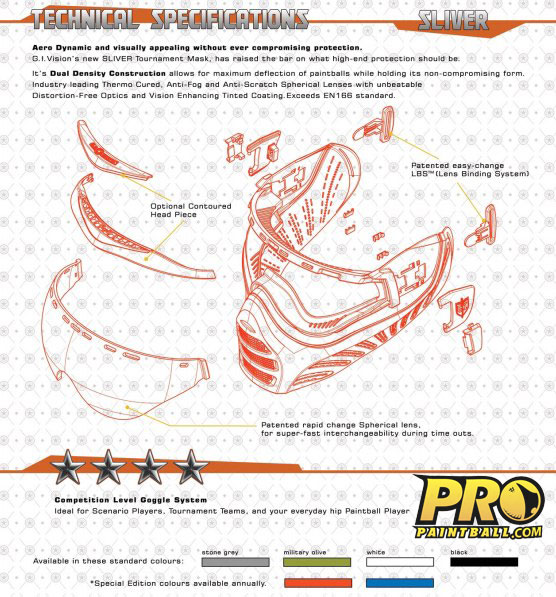 ProPaintball insiders familiar with GI Sports suggest additional pieces of paintball gear are being prepared for release at PSP World Cup. Initial reports suggest a line of soft goods including paintball jerseys, paintball gloves and protective paintball pads may be in the works.