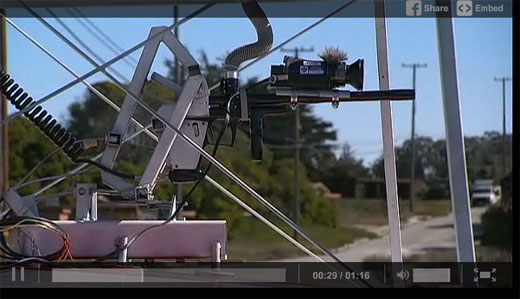 On a recent episode of the popular Discovery show, Mythbusters, Adam Savage built a remote-controlled, hood-mounted gun for a project called Spy Car 2. Upon further investigation, or a closer look at the TV rather, it was known that Adam was using the popular G6R Intimidator marker from Bob Long. Pretty cool, huh?

I decided to do a little more research and found a thread on the TechPB forum dated back in February that broke rumor of the Mythbusters purchasing 6 G6Rs for a future myth busting episode. If you read through, there was a lot of  interesting speculation as to what they would be using them for — some not so far off.

Click the link below to view the segment from the episode.
https://dsc.discovery.com/videos/mythbusters-let-it-rip.html