In most respects, the societal role and function of extreme sport is anomalous and a-typical of that most associated with traditional sport. While the existence of mainstream sport contributes towards advancing overarching sociological end-goals such as group cohesion, economic development and conflict resolution, extreme sport has always promoted individualism, anti-establishment and anarchy. Paintball finds itself in a state of limbo, afflicted with a serious identity crisis. It’s having an internal conflict; a fight between cleaning up its image to present a product easily swallowed by the masses, or staying true to its gritty underground roots that made it so attractive to all the oddball adrenaline junkies in the first place. Mike Carthy is a man that empathizes with both faces of the sport and exemplifies a progressive bridge between the two that could be used as a model for the ideal public paintball figure. As Tampa Bay Damage begins their first event without him, ProPaintball sits down with the man behind the mask (a veteran mask, with more points played than the number of balls most of you shoot at a Sunday practice), to probe for his unabated perspective at a strange (no pun intended) point in his professional playing career. 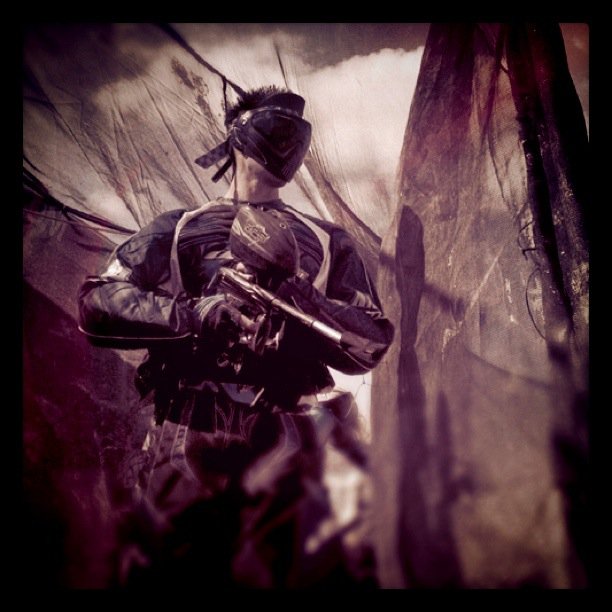 For a professional franchise to attain any sort of longevity or name recognition, it must exhibit a winning tradition and project a brand face that is attractive and consistent. You have been a valuable member of two of these teams (Detroit Strange, Tampa Bay Damage). Internally and externally, where did Strange go wrong that Damage did not and vice versa?

Mike: Strange and Damage were completely different organizations. The only thing the two had in common was that they both became professional teams. Strange was originally founded by a group of 10 players playing at the novice level. They had a plan to take the team to the highest level possible, using local tournament winnings to fund this dream. These days, that wouldn’t even be possible. Teams that win local tournaments are lucky to even get their entry fees back, let alone put money into a team fund to propel themselves to the national level.

Strange kept winning, progressing through the ranks, and proving themselves at each new level. It was clear that the team had a vision. Companies within the paintball industry took notice and began lining up to put their logos on our jerseys and money into our team fund. However, once the economy started to go downhill, companies tightened their sponsorship budget, the golden age of paintball faltered and Strange dried up with it. In contrast, since day one Damage has received the majority of their funding from outside of the paintball industry. Relative to the days of old, the sponsorship assistance Damage receives from within the industry would not have been sufficient to cover air fare, entry fee, and hotel rooms.

With most mainstream professional sports, an athlete’s dedication and loyalty to a team often seems to go no deeper than their pockets. As I’m sure you’re painfully aware of, the professional paintball player does not suffer from this “problem.” As a player who has now been faced with the adverse reality of starting over twice after dedicated, lengthy team tenures (5+ seasons with each team), does your moral suffer or your faith in the game waiver?

Mike: I don’t look at it as starting over really. Ultimately, I get my enjoyment and satisfaction in paintball by setting personal goals and objectives. The most fundamental goal always revolved around gaining the respect of my teammates and making 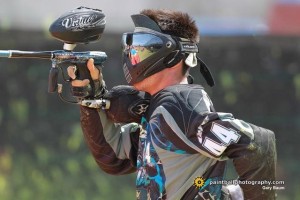 sure there was a mutual understanding of the sacrifices necessary to make our visions reality. You can’t build a house without a good foundation. I was never in this game to be rich or famous. Every competitive goal I have set for myself as a player, I have accomplished. At the end of the day, the competition is what keeps me going. Paintball is my one opportunity to really challenge myself, and competing against others that are equally passionate about the game is the best way to do it.

Which has been more difficult to comprehend and come to terms with, the dissolution of Strange or the end of your time with Damage?

Mike: Honestly, neither one has been particularly difficult to comprehend. With Strange the writing was on the wall as soon as the industry went downhill and the NXL folded. With Damage I delivered on what I was paid to do, but in the off-season several things transpired within the team that made me question whether I would even want to be affiliated with certain individuals. To be honest, I don’t regret a thing that has happened based on how I reacted. The friendships I have with individuals on the team transcend any sort of paintball politics.

Obviously paintball is suffering in growth and functionality primarily from the top-down. Players provide the extent of their contribution by continuing to play the game, while the companies continue to under-capitalize and under produce from their side of the equation. Do you think mismanagement of professional franchises is one of the main contributing factors to the stifling of industry expansion and the attainment of national recognition for the sport?

Mike: One of the main things that I don’t think the average tournament paintballer understands is that 90% of the business in paintball is gathered from the bottom up. Today’s church group has tomorrow’s pro player on it. The problem lies in the 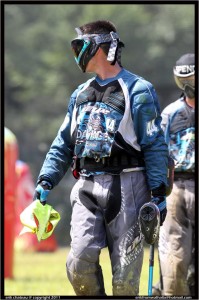 “bigger and better” equipment fallacy. A new player, interested in playing beyond just a friend’s birthday party, goes to a local field and thinks that they NEED to buy 2 cases of paint and have a ramping gun just to have fun. If paintball, even on the most basic level, wasn’t perceived as being such an expensive sport, there would be fewer barriers to entry and more customers in the game. It also doesn’t help that the industry itself can’t present a singular, well refined product to outside sponsors (X-Ball vs. 7-man.. ad nauseum). It won’t gain mainstream acceptance as a sport until the industry can figure out what would make the average person more comfortable about wanting to go out and play paintball. A weekend of fun; without running the risk of not being able to pay your bills at the end of the month.

When the fog of war dissipates, the dead are gathered and there is light on the horizon, where do you see yourself in paintball going into the future?

Mike: There is always light on the horizon. I work at a paintball store part time, and I see a little bit of that light each time a new player walks in to ask questions about buying their first marker. I will be in paintball for as long as it will have me, and I look forward to seeing where the future takes us.

Thanks Mike, great to get such quality insight from a veteran of the game. Undoubtedly more great things to come from you and the game. So all you ballers out there, rotting in your Galveston hotels and everyone beyond that, sound off and let us know what you think.