PPR for weekend of June 6th and 7th

Note from JM: Please help spread the word about ProPaintball.com. Tell your friends. Just adding a link to your team website or signature on your favorite forums adds tremendously to our exposure. Thanks!

Monday Report for the weekend of June 6th & 7th.

Pro teams across the nation went head to head this weekend against rival pro franchises as they prepared for the Chicago Open. As you will see below, teams were busy making adjustments with their players and testing different game plans for the upcoming tournament to be held June 24th-28th in Chicago. Read on as we highlight the action from the weekend and share the latest word from the street.

Sacramento XSV did well against San Diego Dynasty over the weekend, winning 3 out of 5 matches played. XSV missed Dustin Watson this weekend, however Joel Buffington of Phoenix United was said to have filled in. Rumor has it Joel was trying out for the X-ball team and may find himself playing Chicago with the team. Dynasty players Davey Williamson and Alex Fraige were mising in action this weekend. Davey was in Greece and Alex is said to be out with a hand injury. 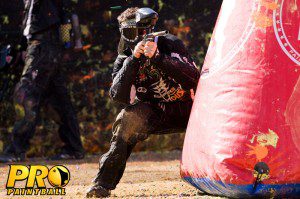 LA Infamous has officially picked up former LTZ/Dynasty player A-rod, he had guested with the team in MAO. Brandon Short has a few updates at his blog where he breaks down the Ironmen vs Infamous practice this weekend, check it out here.

Speaking of Aftermath, the team spent the weekend in Florida practicing against Tampa Bay Damage and fine tuning the roster for Chicago. Heath Hoeper and Danny Park are said to be sitting the event. Heath is taking the event off to attend a wedding and Danny Park will be finishing up his coursework. Both players are said to be returning in time for World Cup. As far as the practice itself goes, both teams were said to be playing clean paintball and players from each side reported that it was one of the best weekends of paintball they have played in a long time.

Aftershock tryouts went well. Rumor has it Chris Lasoya will be playing with the team in Chicago.

Have an update from your local pro team? Drop us a line and let us know what we missed!

There is still two more weeks before Chicago and tons of big moves are being made. Be sure to keep your browser pointed at ProPaintball.com and we will keep you up to date with the latest news and gossip in paintball.