Tim Cerruti of PROPaintball.com recently had a chance to sit down with Victor Nguyen of San Diego Mob. Tim and Victor discussed Mob’s performance at the recent WCPPL Event #2 held at SC Village. Read on for an inside look at San Diego Mob, the WCPPL Division-2 series leaders. 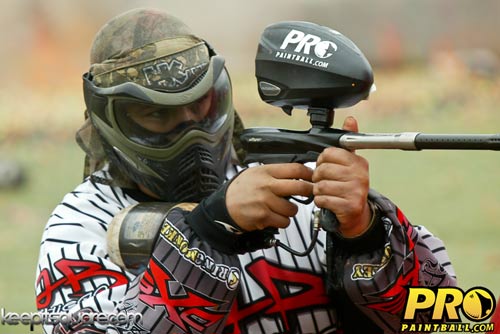 Tim: How did you guys do in the event?

Victor: It depends on how you look at the question. Another event has been thrown away. Took 2nd Place for the 3rd time in a row since the last event of WCPPL 2009.

Tim: How did you feel about that?

Victor: To be honest, it hurt us a lot that we can not pull through for the last final game when we know we’ve done such great jobs competing with other teams and knowing that we are capable of taking the 1st place home with us.

Tim: What was your team’s mind set going into the event?

Victor: Our mindsets for every event is to feast on everyone that is on the other side of the field. Let no others take what we came here for. As well as playing with our heart because when we are together on the weekend nothing is better than being beside another brother within our Family(team).

Tim: What do you think was working well for your team?

Victor: Things that were working well for our team is when everyone can attend to the event. Not arguing with each other inside the pits, not letting little things mess with our heads to lose the focus of the main reason why we are here. Things go well when we don’t beat ourselves up. 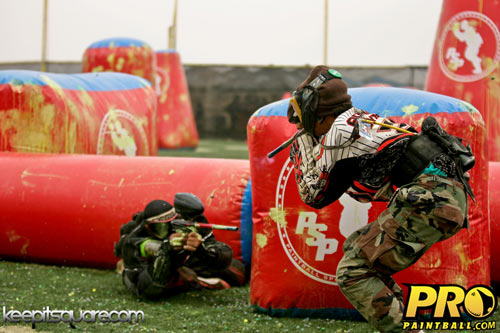 Tim: What adjustments are you looking for going into the next event?

Victor: We will be reorganizing the operation of our entire team. Since last year, we’ve always practiced every Sunday for the entire season. This year, we have changed our practice schedules around to two double days, less single days because of our players not being all from the same area, city, and state. Also, we have picked up two new players from our second team. We will be training hard to get the two new boys ready for the rest of the season in Division 2. Reason for this is because one of our core player has gotten fed up with taken 2nd place for the third time in a row.

Tim: What do you think you guys weren’t doing so well?

Victor: At practice, we did not practice X plays. Lack of practicing certain things will go into affect like it has. We also need to stop beating ourselves up mentally which is one of the main things that affects us at a tremendous level.

Tim: What teams were giving you the most problems, and what were they doing well?

Victor: The team that gave us the most problems was Davis Ambush. They played many great plays against us that we weren’t able to encounter during prelims. Sadistik, one of our local rival team. It was heads up between us two teams. Due to the fact that we practice against them at the Aftermath Arena a lot, they have studied our players and know how to encounter us yet we were still able to pull through when the time really mattered.

Tim: What teams weren’t giving you a problem and what were you doing well against those teams?

Victor: Posopaintball and Fuzion. We listened to our hearts to take control over the mind. As we just went straight right heads up and feasted.

Tim: Is there anything new the organization is doing that you want to let everyone out there to know about?

Victor: A lot of rumors has been spread out upon our team that it has begun falling apart due to the fact that the captain is not able to be physically there to maintain order upon the boys. Don’t look forward on not expecting us at every WCPPL event making podium.

Tim: Also is there anything you would like to add to close this interview?

Victor: We are ready to take home another Overall Series Championship title just like last season.

Justin: Special thanks to Victor and San Diego Mob for supporting PROPaintball.com.