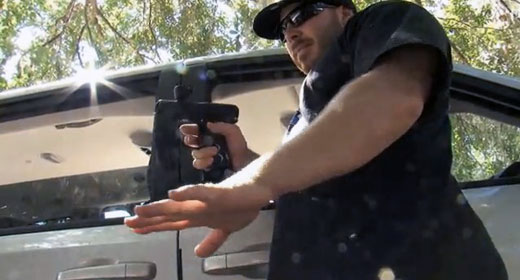 After watching the video it is clear that the team put the guns to the test in their practice matches against Tampa Bay Damage. Rumor is this was not the first time Infamous was using the EMPIRE AXE in practice. Word is the Bob Long Victories were not working in the practice against VICIOUS and the EMPIRE AXE’s came out of the gear bags.

Will Infamous be shooting the EMPIRE AXE in 2011? Let us know in the comments below.

Credit to Junior Brown and Ballers Cafe for the heads up.