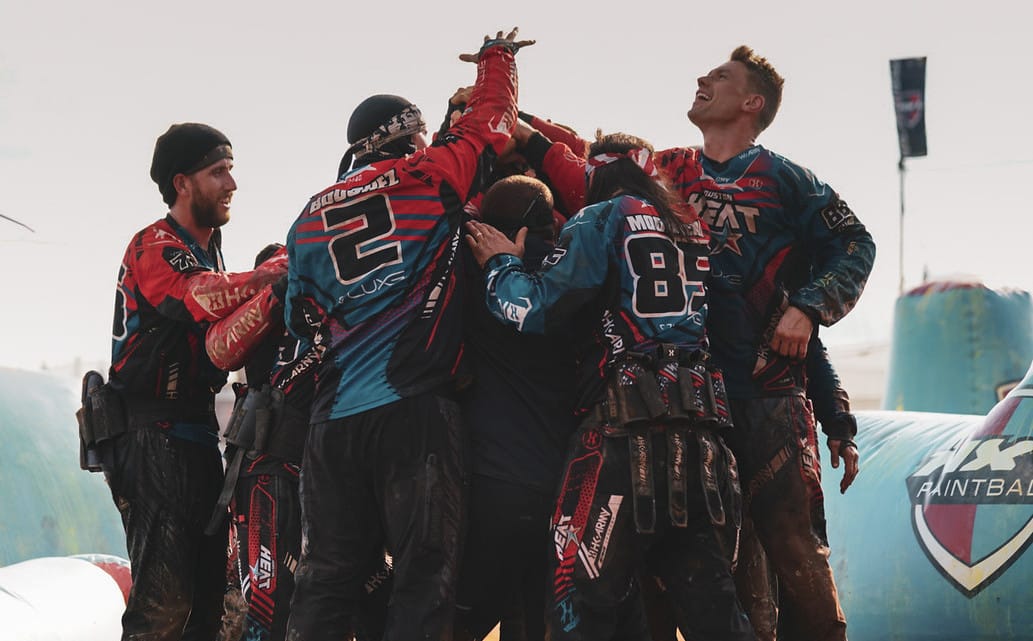 Not only did Houston Heat just win the NXL Mid-Atlantic Major paintball event, but they completed quite a phenomenal feat during their preliminary matchup against Columbus LVL. Heat went down 1-5 early against LVL and was looking rough until they were able to quickly score two back-to-back points. Down 3-5 with just 8 seconds left on the clock, Heat needed to score one more point to ensure their average margin was as low as possible heading into Sunday.

Coach Todd Martinez knew the one player on his roster that could potentially complete this impossible feat, Chad “Yaya” Bouchez. The play was drawn up; the start buzzer sounded and Chad immediately took off down the center of the 150 foot long playing field. Shooting his paintball marker the entire run, Chad was able to eliminate nearly every LVL player on the field and hit the buzzer with just milliseconds left on the clock to win the point.

This 8-second point is the  fastest point in NXL history, beating the 3-season standing record of 9 seconds by Moscow Red Legion during the 2019 season. Its hard to imagine this record ever being broken.

Chad Bouchez credits his speed to the lightweight playing gear that HK Army provides him and the rest of the Houston Heat professional team.