Today we had the opportunity to catch up with Scott Kressin of Hostile Kids at the NPPL Surf City Open in Huntington Beach California. Scott and the HK Army had a stacked roster, including Alex Goldman from San Diego Aftermath, Bobby Aviles of LA Infamous and Bear D’Egidio of Entourage. Surprisingly, the guys seemed to have a few difficulties during their games on Saturday however the team was able to pull through and make it into Sunday, squeezing by with just 1 point. Not to worry though as paintball fans and players all agree, the real tournament begins on Sunday.

Check out a first look at the 2010 HK Army Paintball Jersey: 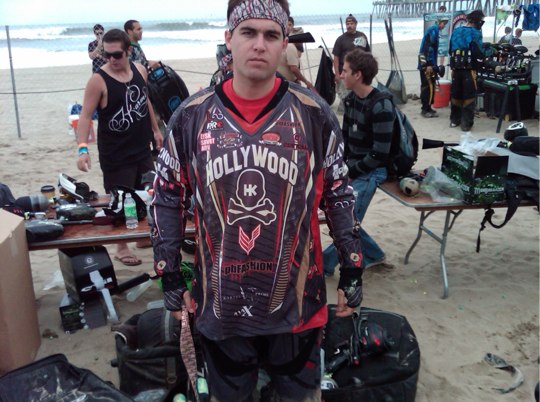 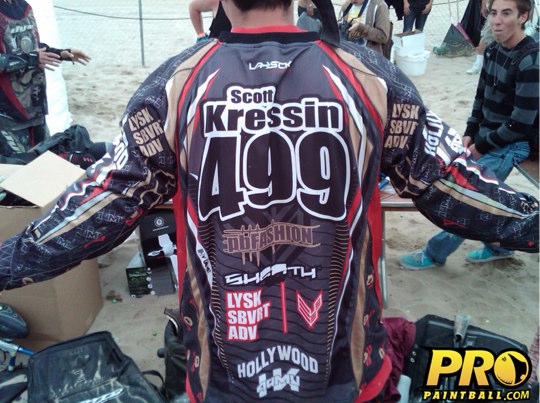